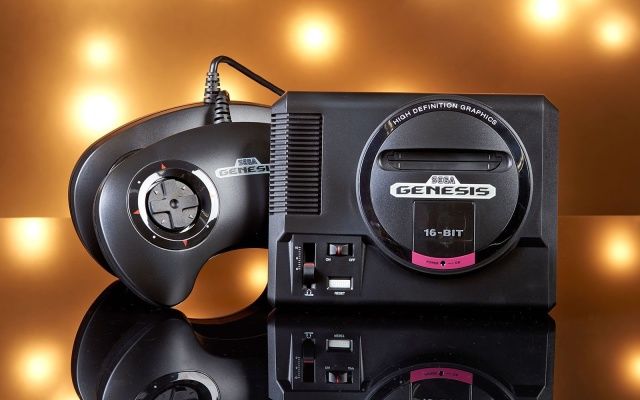 You’re probably spending more time inside this summer than you would like, but you can fill some of it with retro games now that the Sega Genesis Mini has dropped to an all-time-low price. Amazon still has the retro console for $40 right now (we first spotted the sale price right before the July 4th weekend), which is 50 percent off its original price and better than last year’s Black Friday price.

We gave the Sega Genesis Mini a score of 89 when we reviewed it last year. Not only is it a device that will fill you with nostalgia, but it’s also a solid gaming machine that comes with 42 titles including some of the more rarer games to be featured on the console. You’ll get classics like Shinobi 3, Sonic 2 and Beyond Oasis, as well as rarities like Castlevania: Bloodlines and Mega-Man: the Wiley Wars. If you missed them during your childhood, now’s the time to make up for lost time.

And it’s not just the games that will transport you back to a simpler time. You can choose from a number of cheesy background images, turn on a setting that fills the screen with old-school CRT TV scanlines and the menu has the original soundtrack by video game composer Yuzo Koshiro.

We also appreciate the Genesis Mini’s faithful emulation and solid build quality. The console comes with two USB controllers that are recreations of the original three-button Genesis controllers. While it would have been nice to have the six-button controllers instead, there are plenty of USB controllers that are compatible with the console that you can use. Overall, the Genesis Mini is well worth its original price for Sega fans and retro-gaming fans alike. It’s an even easier buy while it’s on sale, and it can be a unique distraction for anyone with more indoor time this summer than they know what to do with.