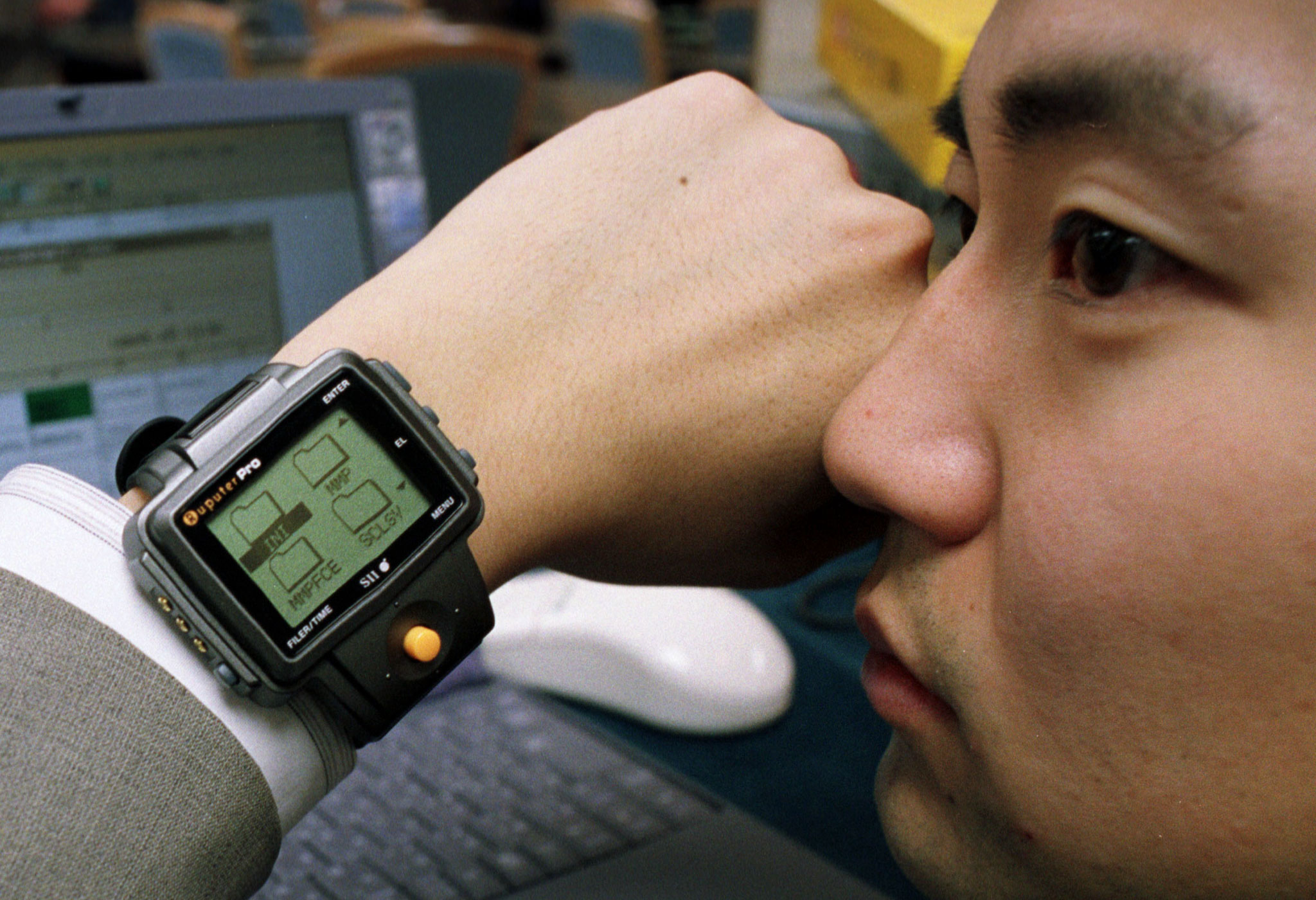 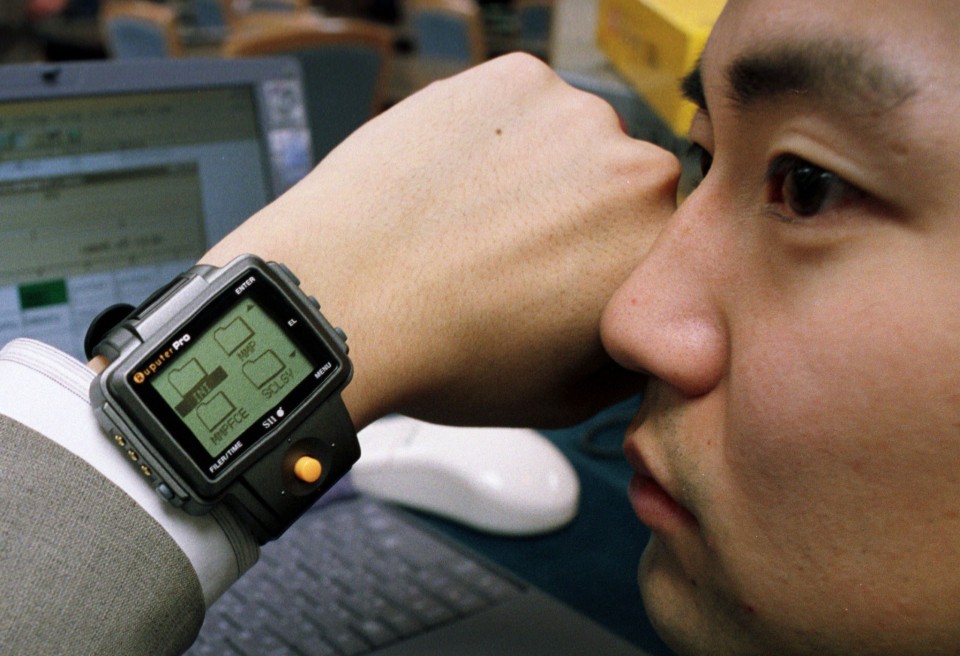 Seiko launched the Ruputer, a watch with a very decent claim to being the world’s first smartwatch, on this day in 1998. Looking back at the handful of reviews still available online, it’s crazy to see how little has changed when it comes to what we want from our wearables. The issues of size, battery life and utility that dogged machines like this 22 years ago are the same ones we’re wrestling with today.

The Ruputer, later known as the OnHand PC, was the first consumer watch that could run applications and connect to a PC, via a docking station. Thanks to an eight-way joystick below the screen, you could write memos, make calendar appointments and update your to-do list. If you were so brave, you could also log your expenses, play games and use a calculator, all from your wrist.

Most smartwatches these days have battery lives measured in the hours or days, especially the big flagship wearables. The Ruputer, however, didn’t even come with a rechargeable cell, but used a pair of standard CR2025 watch batteries. If you activated the aggressive power-management system, you could get three months of standby time out of it. But if you did anything beyond checking the time, that figure could fall to as far as just 30 hours before you’d need to swap out the cells.

“I like to glance at my watch to know the time,” wrote the author of EW’s Gadget Zone, “on the OnHand, I can do that, but at a high cost to battery life.” It’s the same issue so many users struggle with using contemporary smartwatches with high-resolution displays. It took Apple five generations of devices before it offered one with an “always-on” screen. Activate the always-on display on Fitbit’s Versa 2, and you’ll crunch the battery life to just three days, down from the six it’s rated for.

Often, smartwatches get bigger and chunkier to accommodate more features and bigger batteries. The Gadgeteer’s review from January 2000 says the Ruputer was “large and bulky on [the] wrist,” and you had to wear it over a shirt cuff, not underneath. But despite the massive size, it wasn’t blessed with features, although there are a number of third-party apps available for it — including a version of Paint and, uh, a stick-figure version of the Kama Sutra.

EW’s Gadget Zone review added that trying to write text on the device was a chore, especially navigating around that on-screen keyboard. It didn’t help that the device’s display was a piddly two-inch, 102 x 64 LCD. “Imagine entering your name as a high score on one of those arcade game machines using a joystick,” they wrote “now imagine doing that with a single thumb.” It’s worth saying that most watches these days prefer voice typing or force you to make text edits, calendar appointments and the like with your smartphone instead.

The first time we build a new piece of technology, we try to force it to conform to the old world’s way of thinking. In the days of PDAs, it made sense to take the paper diary, digitize it and shrink it on to the wrist, even if using it was far less intuitive or speedy. It wouldn’t be until we let these devices find their own purpose that they really began to flourish, and even that was short-lived.

The notion that a watch would replace our diaries and address books fell by the wayside a long time ago. Smartwatches are now primarily fitness trackers that pull double duty as a second screen for our phones. After all, when was the last time you tried to get some work done using just your watch? Even though their purpose has changed dramatically, the technology still struggles with battery life and functionality, all these years later.

In this article: Wearables, Ruputer, Seiko, OnHand PC, Smartwatch, news, gear
All products recommended by Engadget are selected by our editorial team, independent of our parent company. Some of our stories include affiliate links. If you buy something through one of these links, we may earn an affiliate commission.