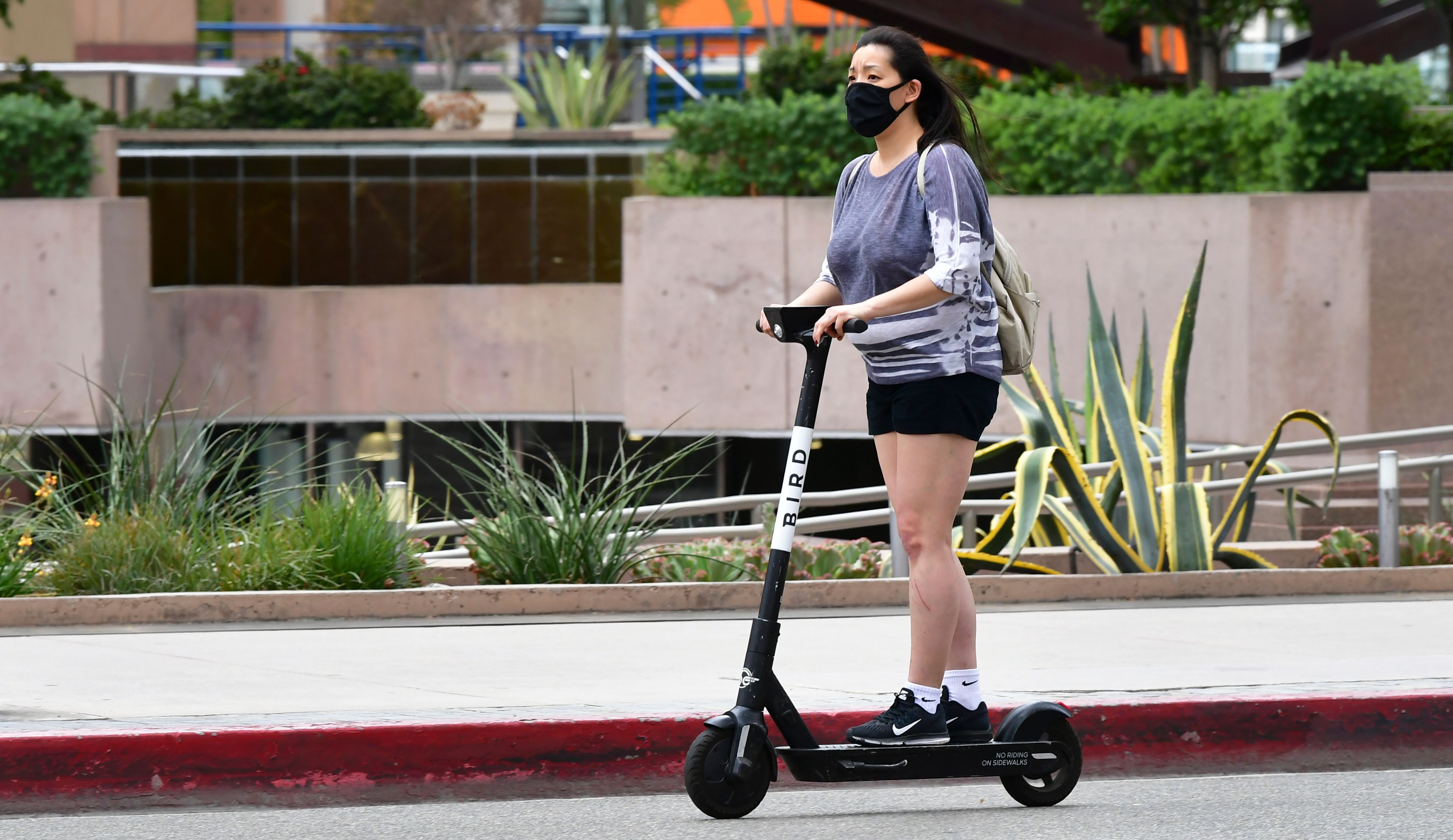 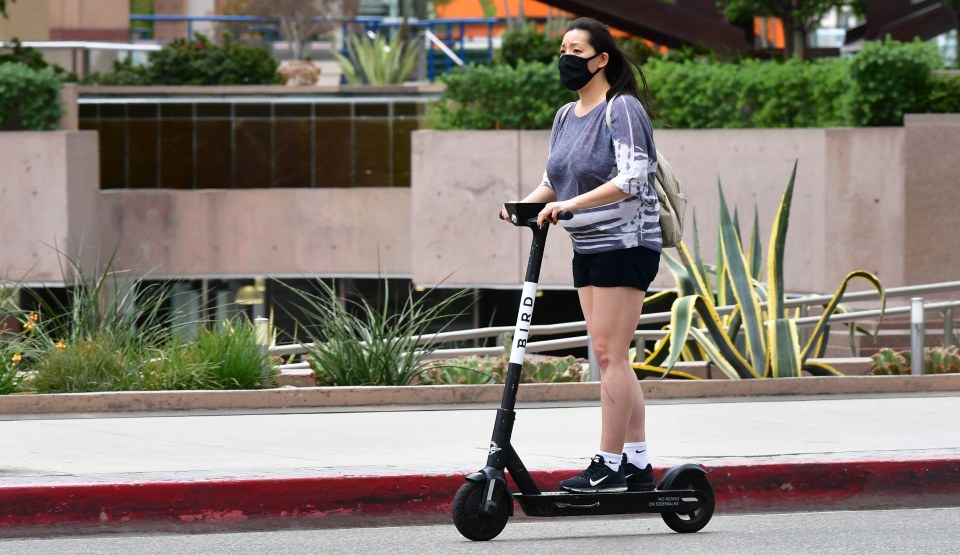 It's taken a while, but the UK is ready to embrace shareable electric scooter schemes. In a press release, the Department for Transport announced that select trials will be allowed from July 4th. For now, it's unclear which companies and regions will be offering such services. The government confirmed, however, that the first pilots will likely start next week and run for 12 months. "The option for trials to continue beyond this 12-month period will be built into the legal mechanism, but any extension would be subject to local [and] national government agreement," it added in new guidance released for local authorities and rental operators.

If you fancy using one of these services, you'll need a full or provisional car, motorcycle or moped licence. You won't need to wear a helmet -- though the UK government recommends one -- or complete any kind of training course beforehand. To avoid breaking the law, you’ll also need to stay off the sidewalk and ride on roads, cycle lanes and tracks instead.

Providers, meanwhile, will need to ensure they have an insurance policy that covers all of their vehicles. Electric scooters will also need to be capped at 15.5 MPH (25 KMH), matching pedal-assisted e-bikes in the UK.

Until now, electric scooters have been classed as ‘motor vehicles’ by law. Most of them don’t meet the design standards of a conventional car or motorcycle and were, therefore, illegal to use on public roads. It's long been possible, however, to buy an electric scooter from high street retailers such as Halfords, and the number of people riding on roads and sidewalks has slowly risen over the last few years. Today's announcement doesn't affect private ownership, though the government has expressed broad interest in legalizing micromobility vehicles including electric skateboards.

"[Electric] scooters may offer the potential for convenient, clean and cost-effective travel that may also help ease the burden on the transport network, provide another green alternative to get around and allow for social distancing," Rachel Maclean, the UK's transport minister said. "The trials will allow us to test whether they do these things."

The UK appears to be taking a slow and cautious approach to the so-called "last mile" solution. And with good reason: electric scooters were a chaotic mess when they first appeared in the US. Rentable scooters flooded San Francisco in March 2018, before spreading to countless other cities including Miami and New Orleans. They were incredibly popular, but some users rode them dangerously and the sheer number of vehicles led to cluttered sidewalks that were difficult for wheelchair users to navigate.

The following month, San Francisco officials sent cease-and-desist orders to scooter companies operating in the area and forced them to apply for a one-year pilot program instead. Skip and Scoot were awarded permits later that summer, but many other companies including Uber and Lyft weren't so lucky. The following year, the city kicked out Skip, re-approved Scoot and allowed Jump and Lime to join the fray. Rentable scooters are still divisive, however the level of debate and discontent appears to have cooled off as more US cities understand and regulate the industry.

Electric scooters can be unlocked and ridden in many European cities, too, including Paris, Rome, Berlin and Copenhagen. Just like the US, though, they’ve faced a fair amount of criticism.

The UK, meanwhile, has barely dabbled with the technology. A small batch of Bird scooters were offered temporarily at London's Olympic Park in 2018. As Wired reports, the area is technically private land, which meant that the company didn't need any special permission from the government.

The situation changed when the UK's Department for Transportation published a policy paper called ‘Future of mobility: urban strategy’ in March 2019. The 78-page document explained some basic principles that will guide its future decision making and suggested that a “flexible regulatory framework“ was needed for 'last mile' electric vehicles. The following year, the government announced a £90 million fund to trial new forms of transportation in four ‘Future Transport Zones’ across the UK.

It also kicked off a consultation on electric scooters with a public call for evidence that runs until July 3rd.

That same month, UK Prime Minister Boris Johnson announced a partial lockdown which banned non-essential travel and limited residents to one form of outdoor exercise each day. It was a temporary measure, though, and everyone knew there would be a need for electric bicycles, scooters and other single-person vehicles once the restrictions were relaxed and more people started commuting to work again.

So, on May 9th, the government announced a £2 billon (roughly $2.4 billion) fund that would support walking, cycling and other “alternative ways to travel” that could reduce the number of people taking buses, trains and subway systems like the London Underground. As part of that announcement, the government said it would bring e-scooter trials forward “from next year to next month.” Legislators also revealed that the electric vehicles would be “offered to all local areas across the country,” rather than four Future Transport Zone sites.

All of that work has culminated in today's announcement. It's not clear how the rules will be enforced and what the punishment will be for riders and scooter providers that break them. The measures announced today don't address the 'pavement clutter' issue, either. "Where a dockless operating model is being used, local authorities should ensure that e-scooters do not become obstructive to other road users and pedestrians, particularly those with disabilities," the guidance simply reads.

The pressure is on scooter companies, therefore, to prove that they've learned from other markets and the UK bike-sharing schemes that were so divisive a couple of years ago. If there's a public backlash, it could affect how electric scooters are seen and regulated in the future. That's because the government's "Future of mobility" review -- the one with a consultation that ends in July -- is still ongoing and could influence any laws that are drafted or changed following the 12-month pilots.

In this article: e-scooter, electric vehicle, EV, transportation, scooter, electric scooter, transport, news, gear
All products recommended by Engadget are selected by our editorial team, independent of our parent company. Some of our stories include affiliate links. If you buy something through one of these links, we may earn an affiliate commission.