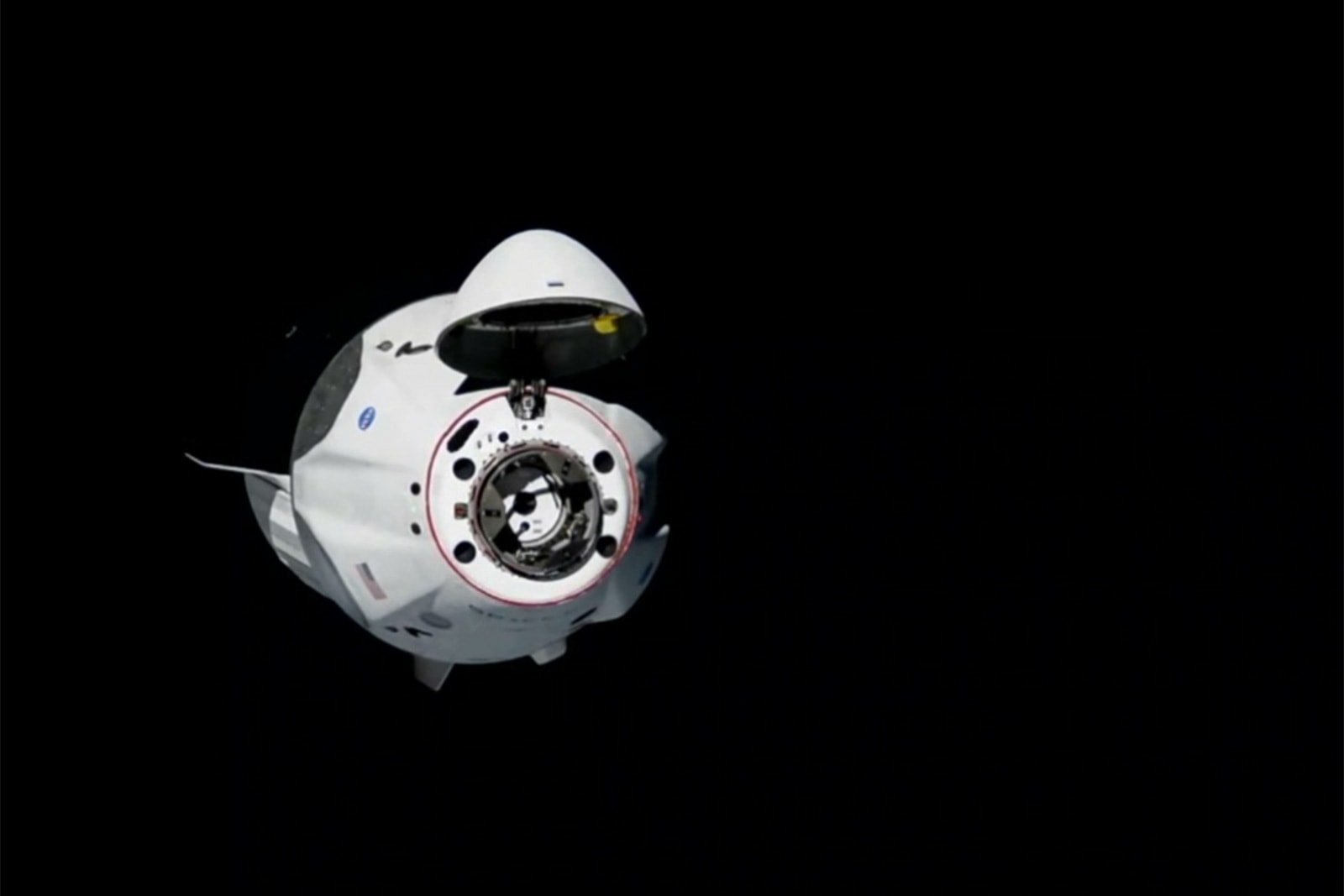 SpaceX just completed another milestone in Crew Dragon’s historic journey. Astronauts Bob Behnken and Doug Hurley have successfully docked the capsule with the International Space Station just under 19 hours after launch from Cape Canaveral. The largely automated process was uneventful. The crew tested manual operation at one point, which they said behaved much like the simulator.

Don’t expect a hasty return after this. Behnken and Hurley are expected to spend weeks aboard the ISS before returning to Earth. The capsule’s solar arrays are only rated for 119 days in space, so it will have to return by the fall no matter how eager the astronauts might be to stay. However long they stay, it’s a historic moment — this is the first time a crewed private spacecraft has docked in orbit. If all goes well, this is an important step toward making space more accessible.

Docking confirmed – Crew Dragon has arrived at the @space_station! pic.twitter.com/KiKBpZ8R2H

In this article: Spaceflight, SpaceX, crew dragon, space, video, International Space Station, news, tomorrow
All products recommended by Engadget are selected by our editorial team, independent of our parent company. Some of our stories include affiliate links. If you buy something through one of these links, we may earn an affiliate commission.