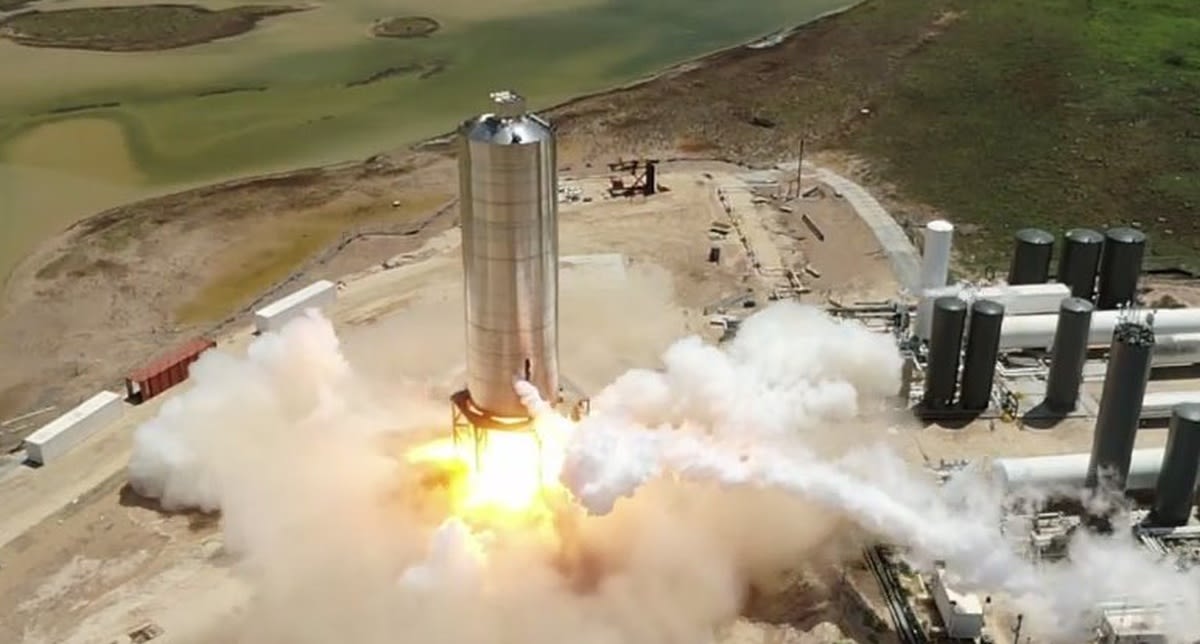 Elon Musk’s hopes for Starship to reach orbit before this spring didn’t quite pan out, but a recent test firing has the SpaceX CEO expecting to see the company’s new vehicle take flight shortly. On Thursday he tweeted that its new SN5 build completed a full duration static fire, and said a 150m test hop will happen “soon.” Of course, ten days ago he said there would be a flight attempt within a week, but they are making progress.

Last August we saw SpaceX’s Starhopper test vehicle complete a 150m Raptor-powered “bounce” and sooner or later the actual Starship will make a similar test flight. The company has continued to iterate on its design and pressure test prototypes — we remember SN4’s end — as it moves closer to actual flight. If there’s any information on a webcast of the event, we’ll let you know. Even with the Crew Dragon scheduled for a return this weekend, SpaceX’s priority is the Starship project.

In this article: test flight, SpaceX, Starship, hop, Elon Musk, news, tomorrow
All products recommended by Engadget are selected by our editorial team, independent of our parent company. Some of our stories include affiliate links. If you buy something through one of these links, we may earn an affiliate commission.