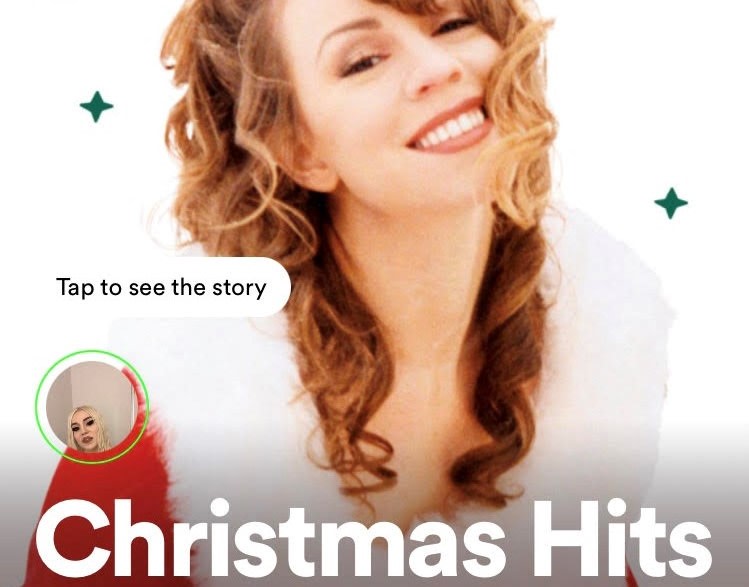 If you’re in the festive spirit and you’re already listening to seasonal music, you might have noticed Spotify's Christmas Hits playlist is looking a little different. The company updated its mammoth mix of holiday songs early Friday. If you open it on the iOS or Android app, you may get a peek at Spotify's Instagram-style stories.

This has got to stop pic.twitter.com/xsurbrJblx

The Christmas Hits story features videos from several artists who are featured on the playlist, including Jennifer Lopez, Kelly Clarkson and Pentatonix. Stories have popped up on some other Spotify-created playlists recently, including Tear Drop ("emo rap feelings for the misunderstood," according to Spotify's description) and an enhanced version of Megan Thee Stallion's debut album, Good News.

Spotify confirmed to Engadget that this is a test, so there's no word as yet on if or when you'll see more stories or whether you'll be able to add them to your own playlists eventually. "At Spotify, we routinely conduct a number of tests in an effort to improve our user experience," a Spotify spokesperson said in a statement. "Some of those tests end up paving the path for our broader user experience and others serve only as an important learning. We have no further news to share on future plans at this time."

It emerged last year that Spotify was working on a stories feature for artists. The company started a public test of stories earlier this year, when it allowed some influencers to add them to playlists. Many other major platforms have stories features, including Instagram, Snapchat, Facebook, YouTube, Twitter and even LinkedIn. It probably shouldn't be too surprising that Spotify looks set to get in on the action too. Whether it should do so is perhaps up for debate.

In this article: spotify, stories, playlists, app, music, music streaming, test, gear, entertainment
All products recommended by Engadget are selected by our editorial team, independent of our parent company. Some of our stories include affiliate links. If you buy something through one of these links, we may earn an affiliate commission.