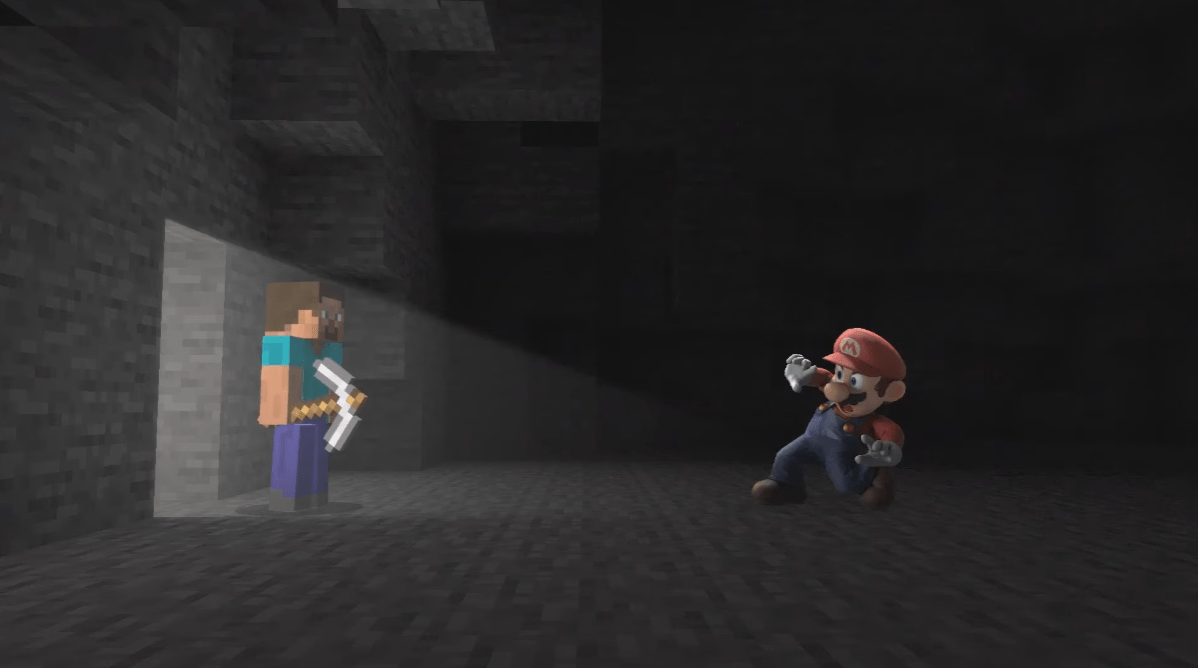 There’s always huge speculation around the identity of the next downloadable character for Super Smash Bros. Ultimate. Rumors prior to today’s reveal suggested the latest addition would be Tracer from Overwatch. Instead, Steve from Minecraft is joining the Smash lineup as a DLC fighter.

Steve and Alex from @Minecraft are joining the #SmashBrosUltimate roster! Get ready to mine and craft your victories on the battlefield! pic.twitter.com/CtBNfENjEE

That’s right, SSBU is getting a crossover with the best-selling game of all time. Other Minecraft characters — Alex, Enderman and the iconic Zombie — will be available as alternative outfits. A Minecraft-themed stage and seven new music tracks will also be available as part of the crossover.

It looks like Steve can build structures on Smash stages using Minecraft blocks, and he’ll wield a pickaxe (of course). However, Nintendo didn’t delve into his fighting style in the announcement. It’s saving that for another stream, which takes place on Saturday at 10.30 AM ET (just ahead of Minecraft Live). That’s also when you’ll find out the release date for the fighter and the rest of the Minecraft DLC.

Steve and his cohorts are the second additions to SSBU through the Fighters Pass Vol. 2. The first was Arms pugilist Min Min. There are four other fighters on the way, and they’ll arrive by the end of next year.

In this article: super smash bros ultimate, supersmashbrosultimate, ssbu, nintendo, dlc, minecraft, news, gaming
All products recommended by Engadget are selected by our editorial team, independent of our parent company. Some of our stories include affiliate links. If you buy something through one of these links, we may earn an affiliate commission.