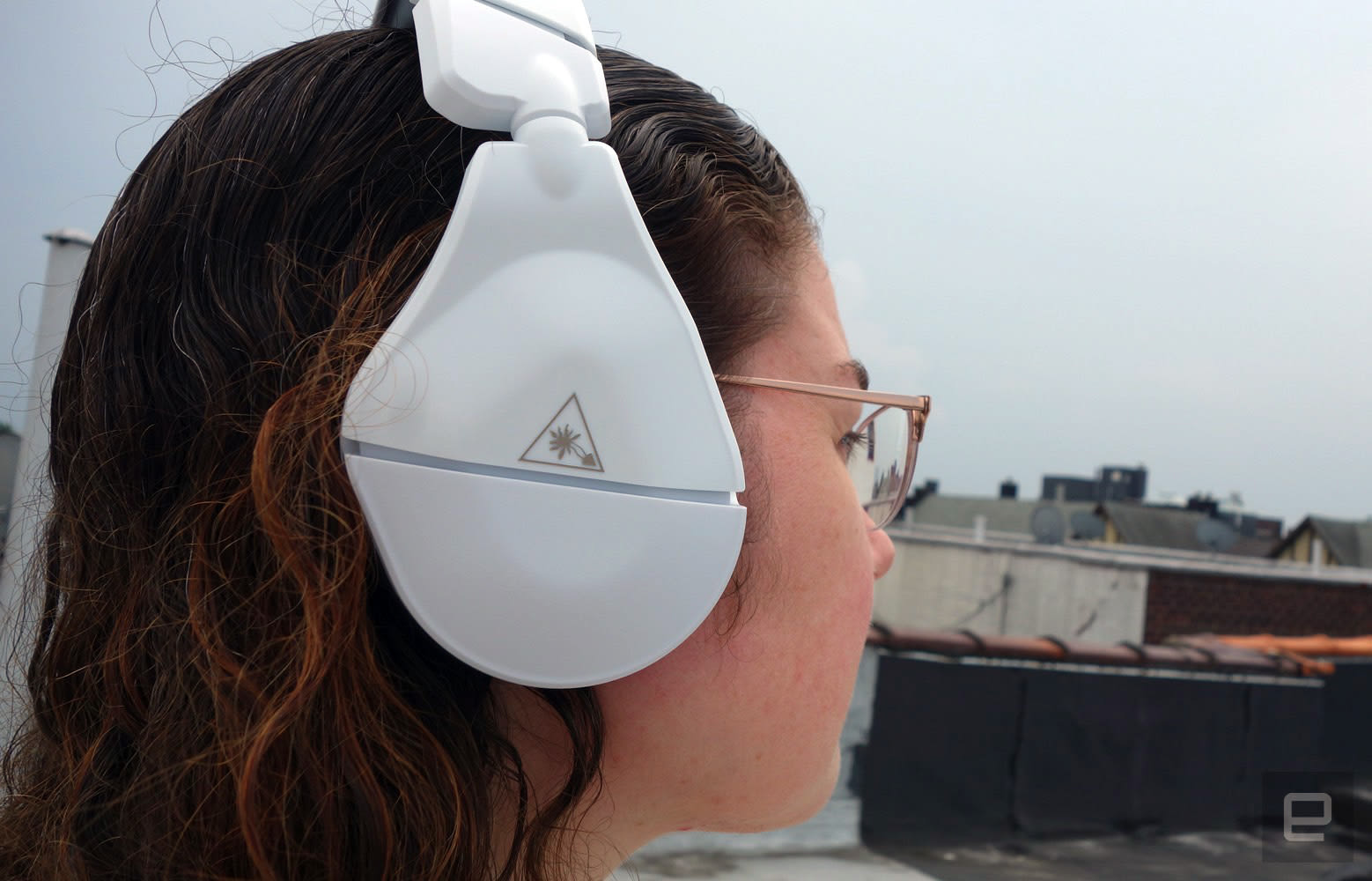 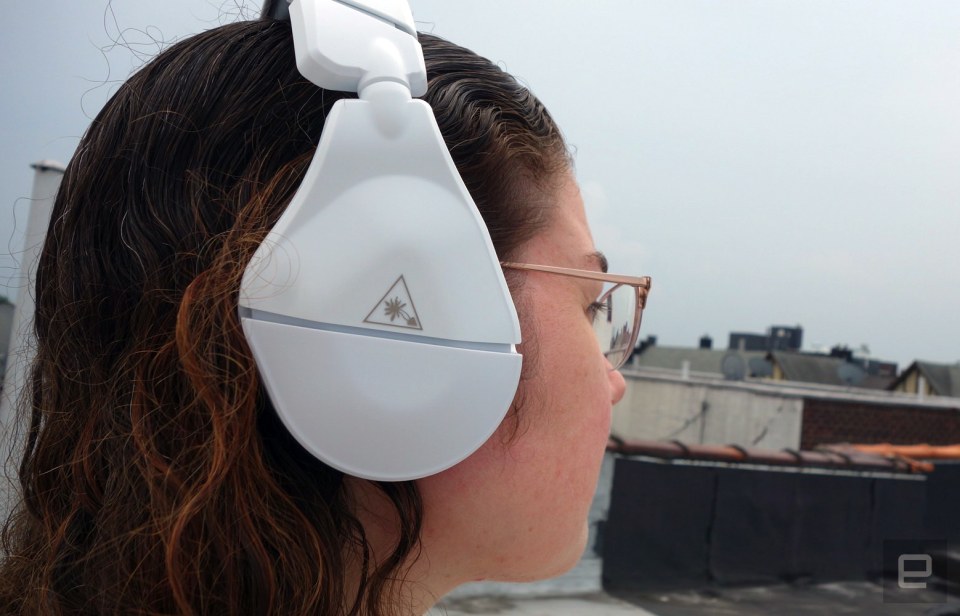 Between the pandemic and the hot summer weather we’ve been getting here in the northeast, I’ve been spending a lot more time with my PS4 than usual. And sometimes I get caught up past midnight in a game like Spider-Man or Fall Guys, much to the consternation of my neighbors, who aren’t as inspired by the stirring orchestral strings of Spidey swinging around Manhattan. Lucky for me, then, that Turtle Beach’s new Stealth 600 Gen 2 showed up on my doorstep, delivering all the comfort and excellent audio quality I could want for my late-night gaming sessions. 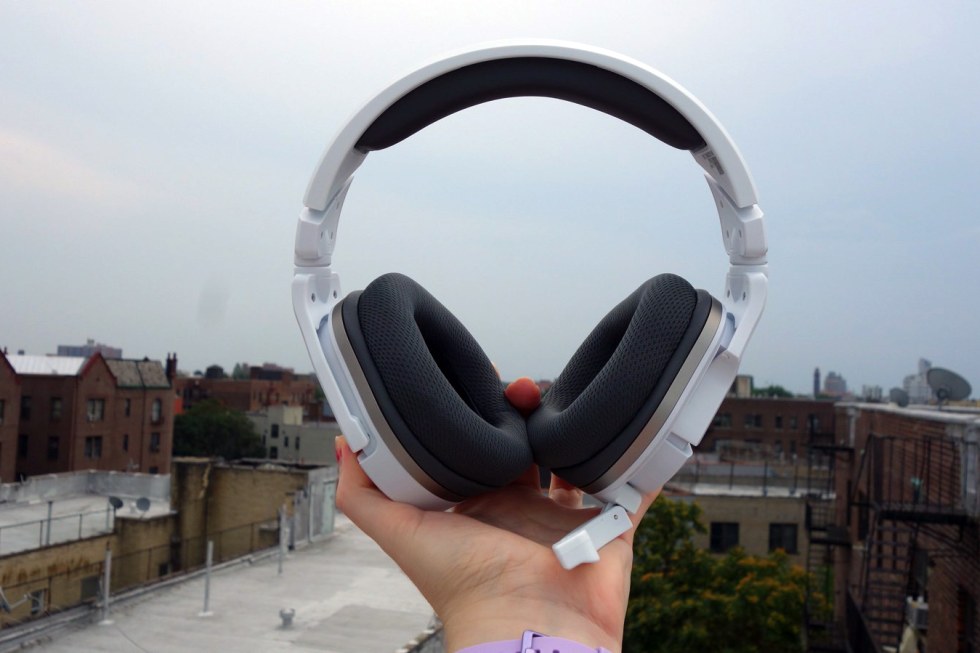 I’ve long been a fan of Turtle Beach’s lower-priced headsets like the Recon 70 and the Recon Spark. That’s largely thanks to common design characteristics you’ll find across the company’s line. That includes jointed ear cups, which helps the headset better conform to your head shape and not squish your glasses against your skull so much. But there are plenty of design differences to justify the price difference, from cloth mesh ear cup coverings and extra padding on the headband to separate volume controls for the incoming and outgoing audio. And the wireless, of course. All of that has been maintained from the first-generation Stealth 600 to the second. A lot of the specs are the same, too, most notably the 50mm neodymium drivers and 15 hours of battery life. On paper it’s not a huge difference.

But the company did rethink some elements of the design for a better experience. The adjustable headband now has a much wider spine on the inside, similar to the one you’ll find in the Recon 70. It adds extra durability, even though the original never really felt like it was in danger of breaking. There’s also a small window that’s been cut out from the band so you see how much you’ve expanded it in inches — a useful touch if you often find yourself compacting the headset for travel, or lending it to other people, only to have trouble refitting it later. The band feels a little tight, but not uncomfortable. I wore the Stealth 600 Gen 2 for a few hours straight and never felt the need to take it off due to excess pressure or heat. The mesh fabric generally stayed cool.

The headset now also comes in white, in addition to a black version. One of the reasons I liked the Recon Spark was simply because it wasn’t black or red, two colors that seem to haunt the entire gaming accessory industry. Seeing more companies embrace lighter shades or plain white is a nice change. The white is accented with a medium gray in the cushioning and the silver logo. I could probably leave this on my coffee table without feeling self-conscious the next time my parents visit.

The biggest change in the design is with the microphone, which I didn’t even register immediately because it’s been folded into the ear cup in such a way you can’t see it at all from behind. Older Turtle Beach headsets often had non-removable mics that stuck out from the side, but the cup of the Stealth 600 Gen 2 has been designed so the left ear cup has a small cutaway that the mic snaps right into. Even when I’m looking directly at the headset it still takes me a second to register the presence of the mic. It’s the one aspect of the product that really lives up to the “stealth” branding.

During gameplay the audio is as clear as ever, with details like footsteps easy to pick out. However, bigger moments like loud music or gunfire can overwhelm you with sensory input — I found myself turning the volume down. Fall Guys is a lot weirder wearing a headset since I can hear every little bounce and pratfall of my roly poly jelly bean, not to mention the sounds of everyone else’s guy falling down at the same time. It’s quite chaotic and the Stealth 600 Gen 2 handled the audio admirably.

The most attractive thing about Turtle Beach’s Stealth 600 Gen 2 is actually the price. You get everything I described above — the stellar audio quality, the comfortable cloth ear pads, a rock solid wireless connection — for only $100. Headsets this good usually cost twice as much, but for the past few years we’ve seen prices drop more often into the sub-$100 range, perfect for casual players. The price puts it on par with many of SteelSeries’ excellent headsets and, if you wait for a price drop, it might even rival our perennial favorite, the Recon 70. You can grab the PlayStation version of the headset, which works with PS4 (and PS5) starting today, while the Xbox version will arrive next month alongside the Stealth 700 Gen 2, a more premium headset with Bluetooth. That model comes only in black and will cost $150.

In this article: turtle beach, headset, headsets, stealth 600, stealth 700, stealth 600 gen 2, stealth 700 gen 2, recon 70, feature, gaming
All products recommended by Engadget are selected by our editorial team, independent of our parent company. Some of our stories include affiliate links. If you buy something through one of these links, we may earn an affiliate commission.