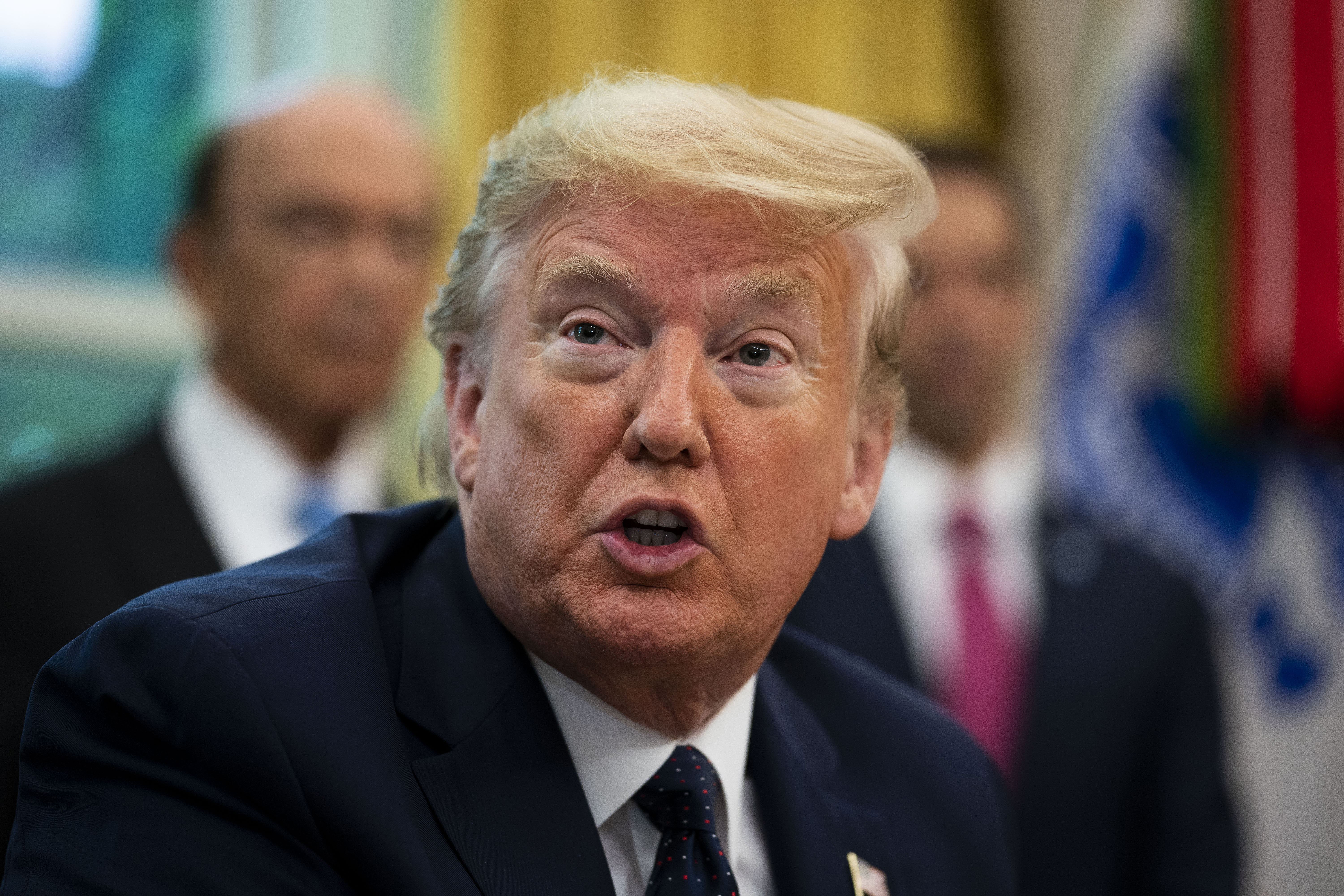 Twitter has hidden one of two recent tweets from US President Donald Trump, saying it “violated the Twitter rules about glorifying violence.” The tweet in question referred to protests in Minnesota over the death of George Floyd in police custody. In it, Trump said that he would send in the US National Guard and added that “when the looting starts, the shooting starts.” The tweet is now hidden from view, but can be accessed by clicking on the “view” button. Engagement is also limited, meaning users can retweet with comment, but can’t like, reply or retweet it.

We have placed a public interest notice on this Tweet from @realdonaldtrump. https://t.co/6RHX56G2zt

Twitter’s decision to place a “public interest notice” on the tweet was “made by teams within Twitter and CEO Jack Dorsey was informed of the plan before the tweet was labeled,” tweeted Ina Fried from Axios. In a subsequent tweet, Twitter said that “this tweet violates our policies regarding the glorification of violence based on the historical context of the last line, its connection to violence, and the risk it could inspire similar actions today.”

Twitter is referring to the fact that Trump’s “looting” comment is a quote from former Miami Police Chief Walter Headley, in charge during the Miami’s 1967 race riots and known for his “stop and frisk” tactics. During the riots, he used the same phrase: “When the looting starts, the shooting starts.” He’s also known for saying: “We don’t mind being accused of police brutality. They haven’t seen anything yet.”

As Chris Geidner from the Justice Collaborative noted, Trump’s tweet also appears to be inaccurate. The Minnesota National Guard tweeted that it had already “activated more than 500 soldiers to St. Paul, Minneapolis and surrounding communities... to protect life, preserve property and the right to peacefully demonstrate.”

We've taken action in the interest of preventing others from being inspired to commit violent acts, but have kept the Tweet on Twitter because it is important that the public still be able to see the Tweet given its relevance to ongoing matters of public importance.

It’s the second time in days that Twitter has taken action on a Trump tweet, as the social media network added a fact check to another one just a few days ago. As a result of that action, Trump signed an executive order yesterday trying to limit legal protections for social media sites like Twitter and Facebook. However, critics have said that the order was ill-advised and probably not legally enforceable.

Last year, Twitter said that it would label but not delete tweets from political leaders, as it was in the “public interest” to leave them up. The company also said that it would downrank such tweets so that they wouldn’t surface easily during searches.

Where Twitter has taken action with recent Trump tweets, Facebook CEO Mark Zuckerberg has said it’s wrong for companies to become the “arbiter of truth.” As it stands, Trump’s “looting” message is also up on his Facebook account with no label or warning. Trump has long maintained that social media networks have a bias against him and conservative views, so Twitter’s latest action will no doubt greatly escalate tensions between them.

We have also placed a public interest notice on this identical Tweet from @WhiteHouse. https://t.co/y6hmhCFzr2

In this article: trump, president, violence, white house, restricted tweet, Minnesota, social media, twitter, news, gear
All products recommended by Engadget are selected by our editorial team, independent of our parent company. Some of our stories include affiliate links. If you buy something through one of these links, we may earn an affiliate commission.