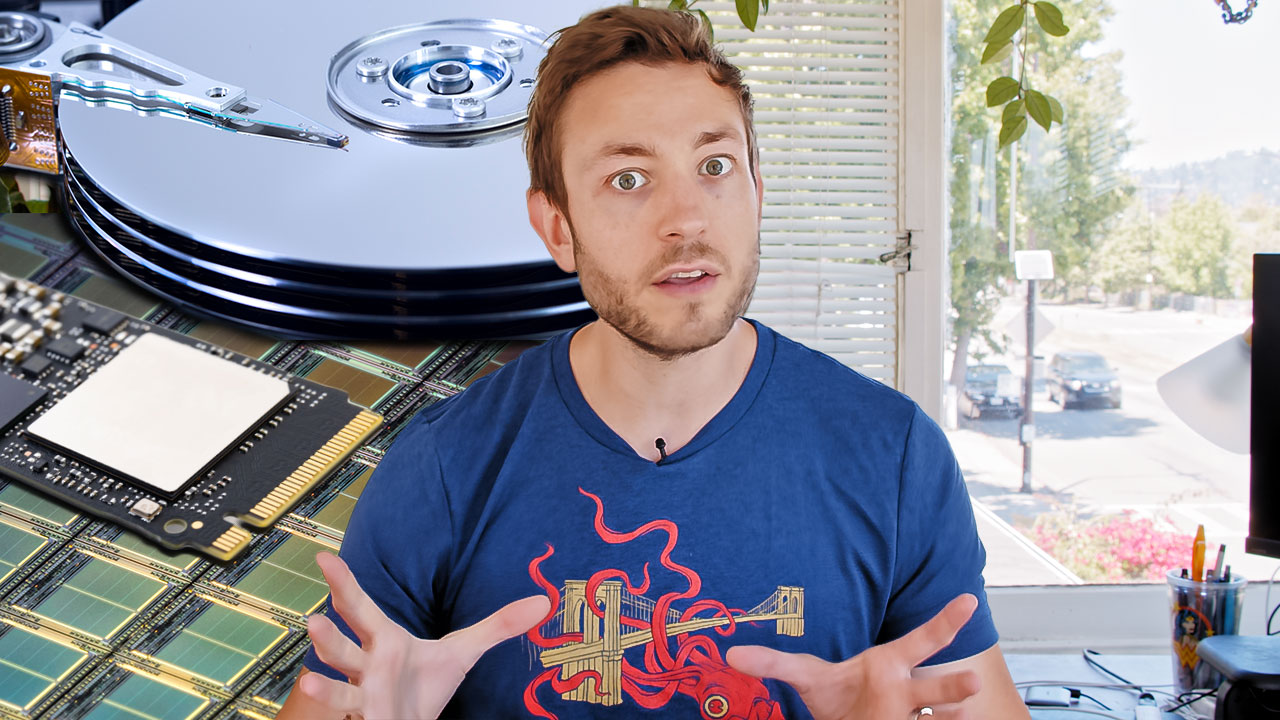 Flash memory has had a huge impact on the way we use computers. Flash, which powers everything from thumb drives, SD cards and the memory chip in your phone up to high performance SSDs in computers and data centers, stores information in a network of specialized transistors and has big advantages over traditional hard drives. Flash is lightweight, has no moving parts, and can transfer data many times faster than a hard drive, and with lower latency.

But flash has struggled to keep up with our exploding demand for data. SLC, the fastest, most robust type of flash, can only one store one bit of data in each transistor, called a “cell,” meaning a terabyte of SLC storage requires literally trillions of transistors. To work around this, companies developed MLC and TLC flash, which store 2 and 3 bits of data per transistor, respectively. This massively increases flash drives’ capacity, but it comes at a cost. MLC and TLC drives are slower, and will wear out faster than SLC flash. Still, by adding some extra space or “over-provisioning,” MLC and TLC drives can last a long time, and smart cache systems boost read and write speeds for most workloads.

In the past few years, we’ve also started to see some QLC drives, which store 4 bits in each cell, and have led to the first consumer 8TB drives. Unfortunately, the drawbacks of MLC and TLC are even more pronounced in QLC. An MLC cell can probably be erased and re-written 10,000 times before it wears out, but a QLC cell can probably only take 500-1,000 re-writes before it fails. And while high speeds have been one of flash’s advantages, without a cache system QLC is slower than a hard drive when it comes to writing data.

So what is QLC actually good for, and where do we go from here? Check out our video for more info, including a much more detailed explanation of how flash actually works.

In this article: hard drives, SSD, NAND, storage, Flash, Samsung, engadgetupscaled, feature, gear
All products recommended by Engadget are selected by our editorial team, independent of our parent company. Some of our stories include affiliate links. If you buy something through one of these links, we may earn an affiliate commission.