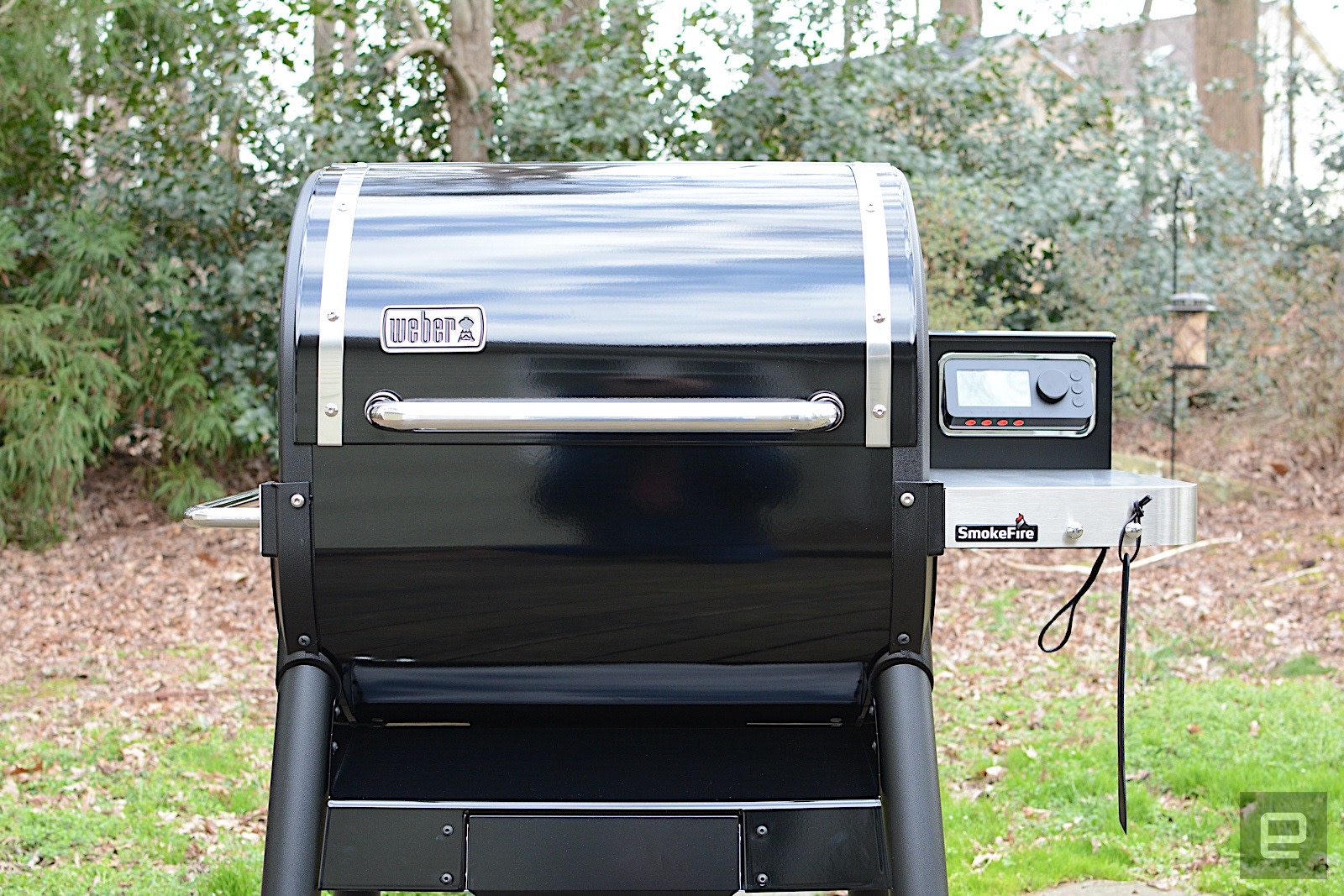 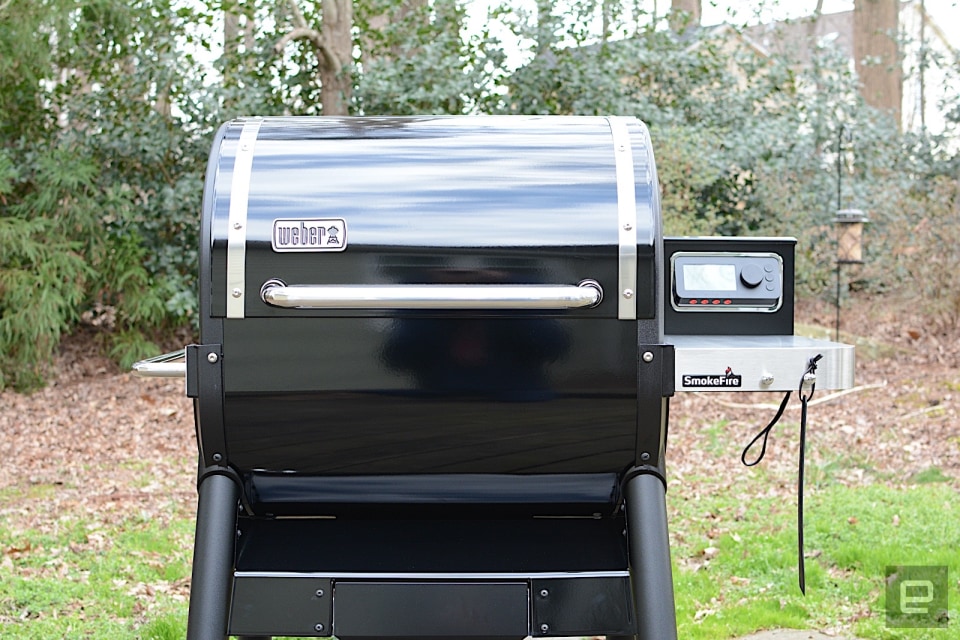 When Weber debuted its first WiFi-connected pellet grills earlier this year, there was a lot to like. The company made some unique design choices that provided benefits over the competition. It also had a guided experience that allowed grillmasters of all skill levels to cook stress-free. However, the Weber Connect app lacked basic features like remote temperature control and detailed push notifications. The company was clear from the start it planned to release regular updates to improve its SmokeFire grills, and the first set of new tools is here.

While the first major update for SmokeFire may have arrived a couple months later than planned, with everyone working from home, Weber released a massive upgrade for the grills in late May. What’s more, the company addressed some of the biggest concerns that I and other reviewers had with the machines. The first part of the overhaul is the addition of several handy features to the Weber Connect app.

“In the app today versus a month or two ago, there are significantly more notifications and improvements,” Weber CEO Chris Scherzinger said. “There’s a lot more video content and better integration between the grill and the phone -- in terms of how consistently things are mirrored.”

First, you can now adjust temperature from your phone. Other smart-grill companies like Traeger already offered this, so Weber is playing catch-up here. Still, it’s a welcome addition to be able to raise or lower the temperature without having to walk outside. There are plenty of times I forget to make the adjustment after I just place a wrapped pork shoulder or brisket back on the grill. The last thing I want to do is go right back outside. Ditto for trying to cook in cold weather. Sometimes I might not even be home when I’d like to increase the heat to push through a stall. Another new tool is the ability to shut down the grill from the app. Again, when you walk inside with your hands full of your trophy-worthy meats, the last thing you want to do is run right back out to turn the grill off.

Weber also made push notifications more informative. At launch, the app would send you a generic message -- something akin to “tap to see more” -- rather than letting you know what was actually happening with the grill. Most of the time, you were left guessing, as flipping over to the app wasn’t much help. Now, Weber lets you know exactly what’s going on every time. This includes things like reaching the desired temperature, moving to the next step for a food preset, completing the shutdown cycle and more. This might be the most helpful change, having used the grill when those messages were basically placeholders.

As promised, Weber added a feature that lets you really saturate your food with smoke at the beginning of the cook. It’s called SmokeBoost, and it sets the grill between 165 and 200 degrees for this initial period. The Weber Connect app provides some guidance for times based on the food you’re cooking, but if you really want to enhance the smoke flavor, this is now an option. To me, the SmokeFire grills already imparted a ton of smoke flavor, especially over longer cooks. But I can see the utility here in things like reverse-seared steaks and other things you might cook hot and fast, but still want that kiss of smoke flavor. If you’re worried about exact temperatures, Weber says this will vary based on ambient conditions. In my experience on days in the low 80s, SmokeBoost was 175 degrees.

“What we didn't want to do was to make that temperature visibility a source of concern or drama,” he said. “If anything goes outside of those parameters, we have steps that are automatically taken to react to that.”

Right now, SmokeBoost is independent of the grill presets that give you guided cooking directions and estimated completion times. You run the feature for the recommended time and then you can select the preset for what you’re cooking. Scherzinger said Weber could incorporate SmokeBoost into one of the cook programs and have it activate automatically. “It’s not there today, but I’m drawn to that [idea],” he noted.

Following the recent software update, there was also a major firmware upgrade that went out last week. First, Weber improved the preheat times. Basically, SmokeFire grills reach their target temperature faster. That’s pretty impressive considering they were already on-par with other grills I’ve tested. This tweak should also remedy issues some owners were having with slow heating times. Plus, the new firmware also reduces fluctuations when you’re preheating or grilling. I haven’t clocked the SmokeFire since the updates rolled out, but I have completed three cooks on the grill since installing them. I can tell you the grill keeps a consistent temperature much better, even after I opened the lid for a quick peek or to flip some pork chops.

Weber was careful to address the temperature-fluctuation aspect. More specifically, how SmokeFire reacted to changes -- like you opening the lid to inspect, sauce or flip. The company found that the grill was overcorrecting to those events, but that’s not the case anymore.

“What we're trying to do now is just soften that curve so that we’re not freaking out the operator of the grill when you’re just making a minor tweak,” Scherzinger explained. He went on to say that the grill will still let you know when things drop 10 degrees or more. Weber did this by adjusting the algorithms that control fan speed and the auger to smooth out how the grill adjusts to changes to temperatures both inside and outside the grill.

And Weber isn’t done. Scherzinger said the company is continuing to work on the regular updates it promised. The challenges of remote working have slowed some aspects of the workflow down -- particularly new cooking programs. Weber hasn’t been able to get its culinary and technical teams in the same room to sort out new additions there. But Scherzinger is clear they are coming, and you won’t have to wait long.

“We were jamming out in the office a few months ago, and so [COVID-19] slowed us down a bit,” he explained. “But there is still a really aggressive stream of additional support or programs coming in.”

Part of those new cook programs are presets that are based on time rather than a calculation between the grill temperature and the internal temperature of your food. For things like ribs, you can’t really stick a probe far enough away from a bone to get an accurate reading for the entire cook. You’ll still get guidance from the app -- push notifications, etc. -- but those will be driven by how long you’ve been on a particular step instead of how the food is progressing.

“The next wave of cook programs will be released on June 15th,” Scherzinger said. Ribs should be in the update after that one, but the chief executive explained that Weber is “trying to launch a new chapter every couple of weeks over the summer.” You know, when people are using their grills the most.

Having tested the updates myself, I can tell you they make a huge difference. From the handy and informative software tools to the background tech that runs the grill, Weber has taken its work-in-progress and made it a more complete product. I can’t stress enough how much easier SmokeFire is to use with detailed notifications and remote temperature controls. And if the company continues to improve, things should get even better.

“The key for us is making sure that everyone gets that [ideal] experience every time they grill,” Scherzinger noted. “It's not good enough to have 90 or 95 percent of cooks going well, so we've been trying to make sure everyone's having that same great experience consistently.”

In this article: barbecue, interview, bbq, barbeque, smokefire, grilling, pellet grill, grill, weber, grills, pellet grills, weber connect, smart grill, smoker, feature, gear
All products recommended by Engadget are selected by our editorial team, independent of our parent company. Some of our stories include affiliate links. If you buy something through one of these links, we may earn an affiliate commission.