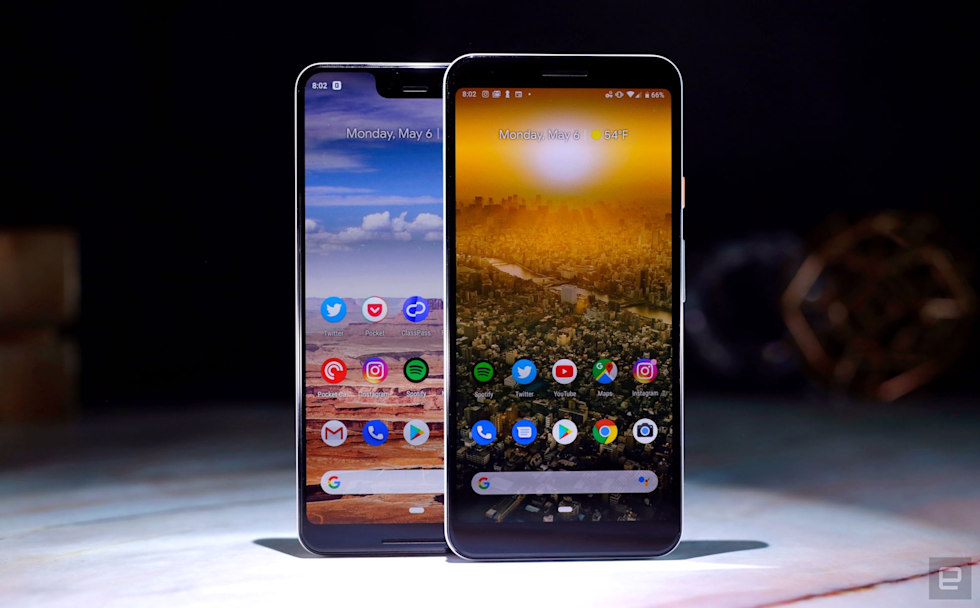 Happy unofficial start of summer! The Memorial Day weekend kicks off with a bunch of electronics deals, including some of the lowest prices we’ve ever seen. Notably, the Google Pixel 3a has dropped to $280 (the 3a XL is also deeply discounted) and Apple’s HomePod is back down to $200. The 10.2-inch iPad returns to the low starting price of $250, and a bunch of Google Nest products are on sale, too. Here are the best deals from the past week, plus more Memorial Day tech deals, you can get right now.

Update 5/23/2020: This Pixel 3a deal is also now available at B&H Photo. We’ve updated the article to include this information.

The most affordable Pixel smartphone dropped to a new low — now you can get a Pixel 3a for only $280 at Best Buy, B&H Photo and Amazon (stock is very low at the latter). All three retailers have the Pixel 3a XL starting at $320 as well. These Pixel handsets have dropped to $300 before, but these new prices are the lowest we’ve seen yet. The Pixel 3a earned a score of 87 from us while the XL scored an 88. Both are solid midrange smartphones that stand out with their excellent cameras, much improved battery like and (behold!) included headphone jack. While Google may release the follow-up, the Pixel 4a, in a few months, this is still a great deal for those that want a cheap but great smartphone right now.

Apple’s HomePod remains on sale for $200 at Best Buy, or $100 off its normal price. It’s a solid speaker in terms of audio quality, but it’s best if you’re entrenched in Apple’s ecosystem already — and especially if you’re an Apple Music user. Apple has also made significant improvements to the HomePod since launch, including adding features like multi-user support, live radio and Spotify voice control.

The base iPad is back on sale for $250 at Best Buy and Amazon (although stock is low at Amazon). Normally priced at $330, it’s an even better deal when on sale like this. Despite its aging design, we gave it a score of 86 for its good battery life and slightly larger and improved display. This deal is your best bet if you want to get an iPad right now and also stick to your budget.

Update 5/25/2020: The Nest WiFi system has dropped to a lower price today. We’ve updated the article to include this information.

Now’s a good time to grab a new WiFi router from Google. Specifically, a two-pack with one router and one access point has dropped to $200 at Best Buy, Bed Bath and Beyond, Home Depot and Google’s own online store. This is $40 cheaper than Amazon’s sale from earlier this weekend (which is still ongoing) and it matches the lowest price we’ve seen on this two-pack. The last time it dropped this low was in April during a sale at Bed Bath and Beyond. We gave Google’s WiFi system a score of 84 for its minimalist design, easy setup and built-in smart speaker.

Google’s Nest Cam Outdoor is also on sale — $238 for a 2-pack. That’s just $10 more than its lowest price ever, making it a good deal to snag if you’ve been wanting security cameras for the exterior of your home. The Nest Cam Outdoor records video in 1080p and it has two-way audio as well as an IP66-certified water-resistant design. Nest Cams must be plugged in to work which makes them a bit more cumbersome than Blink XT2 cameras, but otherwise they are solid alternatives.

You can still get a Nest Learning Thermostat for $200 at BuyDig — that’s $50 off its normal price. The deal also includes $40-worth of freebies: one Deco wall plate cover for the thermostat as well as two Deco WiFi smart plugs. Just make sure to check that your home’s heating and cooling system will play nicely with the Learning Thermostat before you buy it.

Apple’s AirPods with wireless charging case is down to $150 on Amazon. That’s $20 lower than its normal going-price and $50 less than its launch price. The AirPods with the regular case are also on sale for $130, which is about $15 off of its normal price. AirPods rarely go on sale, so now’s a good time to grab them if you’ve wanted them. We gave the newest AirPods a score of 84 for their improved wireless performance and good battery life.

Razer’s Mamba Elite gaming mouse is still free when you buy a Huntsman gaming keyboard at Best Buy. The keyboard users Razer’s “opto-mechanical” switches that, even though we find them a tad overhyped, are still solid for PC gamers and typists alike. The Mamba Elite wired mouse normally costs $90 and it has most essential features you’d want in a gaming mouse including a 16K DPI sensor, eight programmable buttons and an ambidextrous design.

Best Buy has a good sale on a fairly powerful model of the HP Envy x360 laptop that drops the price to $650. It has a 15.6-inch 1080p touchscreen, a 10th-gen Core i5 processor, 8GB of RAM and 256GB of storage — that’s enough power for most people, and it would even make a solid schoolwork laptop for college students. HP’s Envy line has improved a lot over the past couple of years, borrowing many design elements from the more expensive Spectre family. Not only does this laptop look sleek, but it’s also a convertible and it includes a full-sized number pad.

You can also grab a Lenovo Yoga C940 laptop for $1,450 at Best Buy this weekend. This particular model is quite powerful: it has a 15.6-inch 1080p touchscreen, 9th-gen Core i7 processor, 16GB of RAM, 512GB of storage plus an NVIDIA GeForce GTX 1650 GPU. Those specs will provide more than enough power for most, plus the necessary chops for some light gaming. We like the Yoga C940 for its attractive metal design, the speaker built into its 360-degree hinge and the included stylus that lives in its chassis.

Newegg has a sale on Lenovo’s ThinkBook 13s that drops the price to $640, which is roughly $150 off of its normal price. This model includes an 8th-gen Core i7 processor, 8GB of RAM and 256GB of storage. The ThinkBook 13s was signed for business users who value style and slimness as much as they do security. The ThinkBook has an attractive if plain aluminum design, USB-C and USB-A ports and a fingerprint reader built in to its power button.

The Overwatch Lucio Edition of Razer’s Nari Ultimate gaming headset is down to its lowest price ever: $150. Normally priced at $230, this is a more colorful version of the standard Nari Ultimate headset that’s generally well-liked in the gaming community for its haptic feedback, comfortable design and retractable mic.

You can grab Anker’s Roav Duo dash cam for $90 on Amazon right now by clipping the $20 coupon and using the code DUALDC519 at checkout. It’s a handy dash cam that has cameras to record the road ahead of you as well as the interior of your car. You may not be keen to the idea of being filmed while driving, but that footage could protect you if you get into an accident. It has all the basic features you’d want in a dash cam, too, including night vision, emergency recording and a built-in GPS.

In this article: commerce, Memorial Day, thebuyersguide, engadgetdeals, Memorial Day 2020, news, gear
All products recommended by Engadget are selected by our editorial team, independent of our parent company. Some of our stories include affiliate links. If you buy something through one of these links, we may earn an affiliate commission.