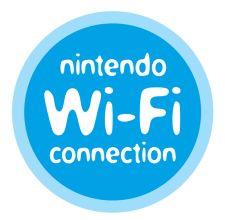 It's hard to think up a more convoluted way to set up communication between consoles than the one set up by Nintendo for the Wii. Not only do you have to get your friend to give you a hard-to-remember 16-digit code that represents their Wii, but you have to give them your code and both of you have to hand-enter the sequences in your address books before sending so much as a "Hello!"

We realize that this extremely unfriendly system is designed to prevent little Timmy from getting any inappropriate messages from "ChildMolester666," but surely there's a better way to balance security and ease-of-use. Xbox Live lets you connect with your friends using easy-to-remember GamerTags and in-system friend requests, while still allowing you to block would-be spammers and annoyances with a few button presses. Finding new friends on Xbox Live is easy through leaderboards and online matchups, where Wii users have to rely on third-party listing like those on MiiPages.

At the very least, Nintendo should allow players to nickname their Wiis and find potential friends by searching through some sort of Wii-friendly lobby system. As it stands now, connecting to other Wii owners is an unnecessarily frustrating experience.

In this article: Wii, wiiannoy
All products recommended by Engadget are selected by our editorial team, independent of our parent company. Some of our stories include affiliate links. If you buy something through one of these links, we may earn an affiliate commission.
Share
Tweet
Share