How accurate are your favorite video game analysts? 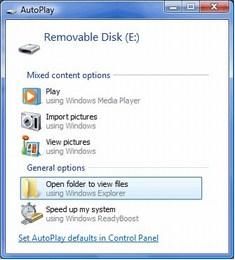 While we're certain that you out there eager to get Vista up and running effectively on your new (or old) PC have already perused our Upgrade Guides with care, but if you're still curious about this newfangled caching approach used in SuperFetch / ReadyBoost, Tom's Hardware has you covered. Doing a bit of analysis on Vista's ability to use excess memory (and USB 2.0 flash drives in particular) to speed up the launching of your favorite applications, the gurus at Tom's found more useful than gimmicky. They noticed that SuperFetch indeed took care of buffering applications proactively, and although it kept nearly all of the system RAM occupied at all times, their favorite applications did indeed launch faster after a short "learning period." Furthermore, the crew found ReadyBoost equally impressive and infinitely useful, and while using both features in conjunction, opening applications such as OpenOffice and Outlook 2007 took around half the time as it would normally when using 512MB of memory, and while systems packing 2GB of RAM or more didn't notice nearly the same speed increases as those attempting to get along with half a gigabyte, they still felt it worthwhile to shove your spare flash drive into your PC when not using it for other tasks. Overall, it seems that benefits will (unsurprisingly) vary by system, but if you're interested in just how many nanoseconds these two features could save you, be sure to hit the read link for all the geeked-out bar charts that only the hardcore could love.

In this article: analyze, analyzed, flash, flash memory, FlashMemory, os, readyboost, review, reviewed, software, superfetch, vista, windows
All products recommended by Engadget are selected by our editorial team, independent of our parent company. Some of our stories include affiliate links. If you buy something through one of these links, we may earn an affiliate commission.
Share
Tweet
Share