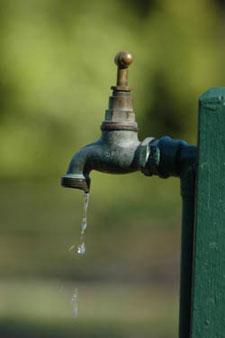 In an investor conference call that took place after the release of Gamestop's financial results earlier today, the game retailer's COO, Dan DeMatteo, briefly discussed the crippling Wii shortage that has been prevalent in the United States ever since the system launched last year. "I don't think it's going to be an issue...and this just my opinion, but I think [Nintendo] intentionally dried up supply because they made their numbers for the year. The new year starts April 1, and I think we're going to see supply flowing."

Nintendo's story, as recently echoed by Nintendo Europe's Laurent Fishcher, has always been that it's "still struggling to deliver the right numbers of hardware to cope with demand." Compared to the PS3's fluid supply and the fact that the Wii is comprised of cheap, proven and occasionally duct-taped parts, this is not a story that many have found easy to buy. In fact, it's about as easy to buy as a Wii, which to this day, still seems to be a retail phantom (much like the DS Lite). Managed scarcity is a good technique for keeping your product desirable, but it comes at the expense of leaving people with empty hands, tightly clenched in frustration.

There is some good news in the Gamasutra article, however, with DeMatteo promising the arrival of more Wii and DS stock. "We were concerned about the dryness here in March, but it looks like April is going to be good." With any luck, you won't be a fool for going to a store in search of a Wii next month.

In this article: Gamestop, Nintendo, Wii, Wii Supply, WiiSupply
All products recommended by Engadget are selected by our editorial team, independent of our parent company. Some of our stories include affiliate links. If you buy something through one of these links, we may earn an affiliate commission.
Share
Tweet
Share