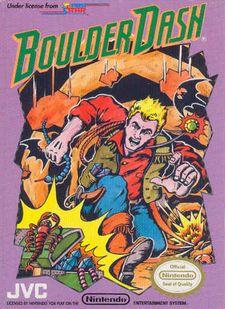 First Star Software will continue to milk their 23-year-old greatest hit, Boulder Dash, with a new version for the DS and PSP later this year. Each version of Boulder Dash - Rocks! will feature exclusive content unique to the console it runs on. Something tells us it will have something to do with running around underground tunnels and dodging big stones.

Sidenote: did you know the Boulder Dash guys also made that crazy split-screen Spy Vs. Spy game? You can legally download Windows versions of that game, four versions of Boulder Dash, and pretty much every other game First Star ever created for $14.95 at their website. Pretty sweet deal, if you're old enough to be nostalgic for these games. (57 years old, to be exact.)

In this article: boulderdash, DS, first star software, FirstStarSoftware, PSP, retro, spy vs. spy, SpyVs.Spy
All products recommended by Engadget are selected by our editorial team, independent of our parent company. Some of our stories include affiliate links. If you buy something through one of these links, we may earn an affiliate commission.
Share
Tweet
Share