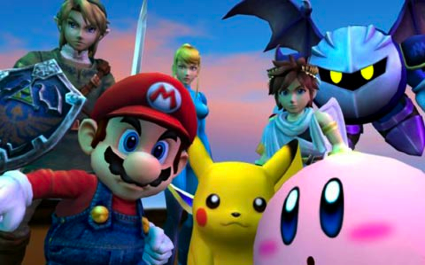 Considering the continuing excitement over frequent updates to the official Super Smash Bros. Brawl site, we can't get the game out of our heads. It's always there, lurking, and sometimes it just bursts out as though emerging from a Poké Ball, so we thought it might be a good day to sit down and discuss both Brawl and Melee. Specifically, who did you wield as your weapon character of choice in Melee, and who do you think you'll use in Brawl? Will you stick with the same character (if you can), or perhaps switch to someone new (may we suggest Solid Snake?)? Of course, the best laid plans of mice and gamers sometimes fall by the wayside once we actually have a controller in our hands, but we'd love to hear what you think you'll do.
In this article: character, smash bros., SmashBros., solid snake, SolidSnake, ssbb, super smash bros. melee, super smash brothers brawl, SuperSmashBros.Melee, SuperSmashBrothersBrawl, wwu
All products recommended by Engadget are selected by our editorial team, independent of our parent company. Some of our stories include affiliate links. If you buy something through one of these links, we may earn an affiliate commission.
Share
Tweet
Share