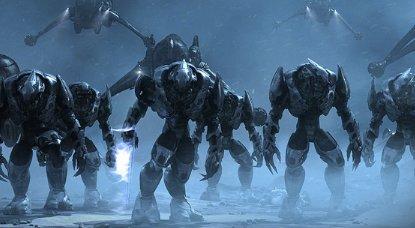 The latest Halo Wars update over at the official forums doesn't bring any new fancy videos, screenshots, or even concept art, but it does give fans something else ... hope. Ensemble Studios dev man Thunder says that the team has been playing a bunch of Halo Wars at the studio lately and also confirmed that the the veil of mystery surrounding the game will be lifted in July. Thunder says that they'll be posting new exciting info July 6th and that "next month is going to be a big one for Halo Wars". E3 will be going down in a few weeks and we already know Halo Wars will be shown in some capacity, hopefully it'll be a hands on demo. July will be Halo Wars media heaven! Or so we think.

[Thanks, Master Devwi]
In this article: 343-Industries, bungie, ensemble studios, Ensemble-Studios, EnsembleStudios, Halo, halo wars, Halo-Wars, HaloWars, Microsoft-Game-Studios, Real-Time-Strategy, RTS
All products recommended by Engadget are selected by our editorial team, independent of our parent company. Some of our stories include affiliate links. If you buy something through one of these links, we may earn an affiliate commission.
Share
Tweet
Share