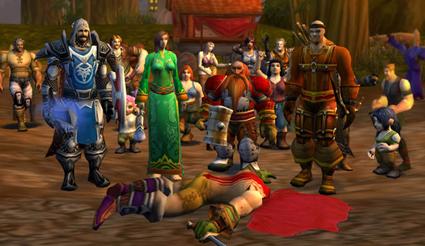 Emmy nominations got released the other day, and there was a familiar face in the Animation category-- the World of Warcraft South Park episode "Make Love, not Warcraft" has been nominated as an Outstanding Animated Program. Strangely enough, while South Park has been nominated six times before, they've only won the category once, and that was for an episode based around a PSP game.

Robot Chicken, The Simpsons, Spongebob Squarepants, and the Avatar (which is actually an amazing show-- it was recommended to me by WoW Insider's own Dan O'Halloran) are its competitors this time around, but I'm sure the various WoW mistakes in the episode (Kenny played a Hunter, among other tiny slipups) won't hurt its chances too much.

The Emmy Awards will be given away in Los Angeles on September 16th. We'll keep an eye out for a WoW-inspired South Park win.
In this article: avatar, award, blizzard, emmy, makelovenotwarcraft, mistakes, southpark, wow
All products recommended by Engadget are selected by our editorial team, independent of our parent company. Some of our stories include affiliate links. If you buy something through one of these links, we may earn an affiliate commission.
Share
Tweet
Share