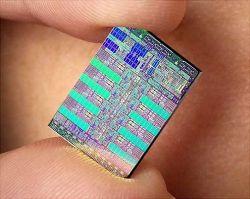 After investing some serious dough in the famed Cell processor powering its PlayStation 3, it's little surprise that Sony actually wants to make a profit off the platform -- and since the console wars haven't been all that favorable to Kutaragi's baby, the company is looking to enterprise as another potential source of ROI. The first fruits of this effort will be borne at next week's SIGGRAPH conference, where Sony will unveil a prototype computer board based around the multi-core CPU and sporting an RSX graphics processor. This so-called Cell Computing Board is targeted at 19-inch rack mount systems, and it promises to put on quite a show at SIGGRAPH by performing real-time processing of the type of 4K footage captured by Red Digital Cinema's RED ONE. And with Toshiba already promising to ride the Cell's coat tails to victory over its fellow co-developer in the living room, -- along with pushing its own graphics workstations -- this is one rollout that Sony can't afford to screw up.

In this article: 4k, enterprise, hdtv, playstation 3, Playstation3, ps3, red one, RedOne, siggraph 2007, Siggraph2007, sony, toshiba
All products recommended by Engadget are selected by our editorial team, independent of our parent company. Some of our stories include affiliate links. If you buy something through one of these links, we may earn an affiliate commission.
Share
Tweet
Share