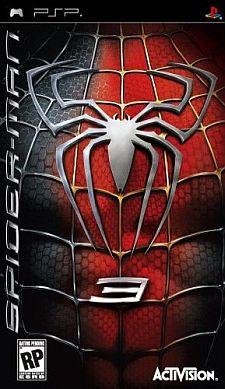 Remember that Spider-Man 3 movie that came out a few months ago? Remember how every single platform received a game to coincide with the movie's launch? Well, except one. Sony's very own PSP. Months late, the Spider-Man 3 video game is finally ready to release on the PSP, and it includes a few extras for those that were foolhardy patient enough to wait.

Noted as the "first fully-streaming Spider-Man environment for the PSP system," the game now adds an exclusive Conquest mode, where players must complete mission by dawn. If successful, players will earn Hero Points, which allow them to upgrade and customize their Spider-Man skills.

The game is supposedly heading to retailers today, albeit amazon.com lists next week as the release date. Honestly, if you've been waiting this long, another week isn't seemingly going to make much of a difference, huh?

In this article: spider-man, spider-man-3, spiderman, spiderman-3
All products recommended by Engadget are selected by our editorial team, independent of our parent company. Some of our stories include affiliate links. If you buy something through one of these links, we may earn an affiliate commission.
Share
Tweet
Share