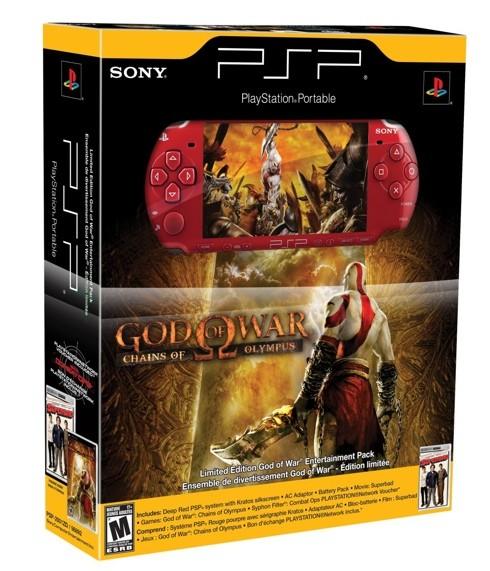 Click to enlarge
We consider packaging to be quite effective when you can tell at a glance just what awaits you inside of it. Take this God of War Entertainment Pack, for example. There's the "Deep Red" PSP, the Superbad UMD, the critically praised God of War: Chains of Olympus and ... well, there's also a PSN voucher for Syphon Filter: Combat Ops, which isn't pictured. To be fair, that's simply due to the lack of excitement incurred by a piece of paper with some obscure code on it.

Also not pictured is the price tag of $199.99 and, perhaps most importantly, a disappointing label which reads, "Not for sale until June."
In this article: Chains-of-Olympus, God-of-War, GodofWar, PSP, PSP-2000, PSPlite
All products recommended by Engadget are selected by our editorial team, independent of our parent company. Some of our stories include affiliate links. If you buy something through one of these links, we may earn an affiliate commission.
Share
Tweet
Share