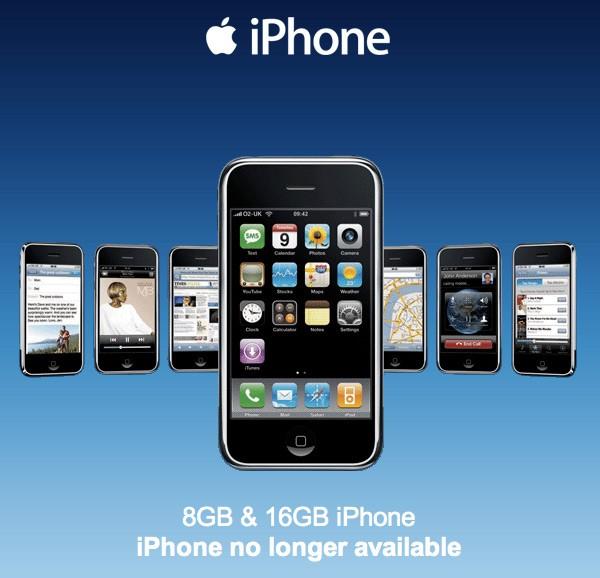 The headline kind of says it all, but if you weren't already sure enough that the first gen iPhone's stint in the UK was coming to a close, O2's pushing to make things crystal clear. It's hard to imagine both companies are going to just stop selling such a high profile device for too long, but clearly we're all still in the dark as to when its 3G replacement will officially be out.

Update: While European carriers are running out of stock left and right, it seems Apple Stores in the UK and elsewhere still have iPhones -- for now.

Update 2: Okay, and now O2's page is showing that the iPhone is once again available. Temporary glitch or preparatory? Beats us, but if you want a 16GB device, it's apparently still up for grabs.
In this article: 3g iphone, 3gIphone, apple, canceled, eol, iphone, o2, uk
All products recommended by Engadget are selected by our editorial team, independent of our parent company. Some of our stories include affiliate links. If you buy something through one of these links, we may earn an affiliate commission.
Share
Tweet
Share