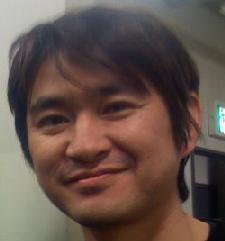 But, he doesn't exactly say his next project will be on Nintendo's console, either. Such is the pain we're all forced to endure for the moment. Miziguchi's next game will be themed around music, however, providing his old-school fans of his Rez and Space Channel 5 games with some hope that he could be making a similar product (although he does shoot down the idea of remaking Space Channel 5).

When grilled about his latest project, Miziguchi did say that he is "keeping an eye on several platforms - not just game consoles." He meant this to say that he was also looking at the mobile space, but that's a good thing. The more he looks at his options, the more viable solution the Wii will become in his mind. Because, let's face it, you can't be alive today without the Wii interacting in your life somehow, whether it be through television commercials, subway ads or other promotions.

In this article: mizuguchi, music, q-entertainment, rhythm, sega, space-channel-5, tetsuya-mizuguchi
All products recommended by Engadget are selected by our editorial team, independent of our parent company. Some of our stories include affiliate links. If you buy something through one of these links, we may earn an affiliate commission.
Share
Tweet
Share