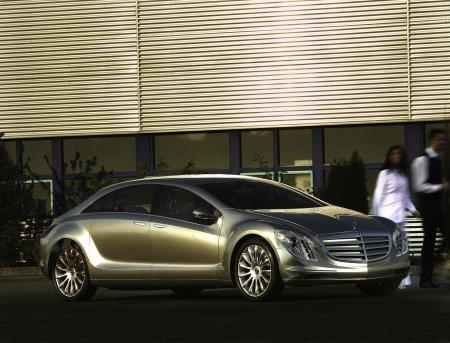 While Audi is over there planning to produce an electric car within the next decade, Mercedes-Benz is hoping to be completely petro free within seven years. At least that's the word according to a recent report in The Sun. Dr. Herbert Kohler, who is responsible for Mercedes' advanced engineering, has reportedly suggested that "by 2015 motorists will have switched almost completely to alternative fuel cars." In order to make sure it's not left out, the automaker already has an electric car in the works for 2010 as well as plans to use its DiesOtto engine which will give motorists the ability to use biofuels should they choose. Still, aiming to phase petroleum completely out of its lineup by 2015 sounds overly ambitious from here, but we certainly won't complain if it achieves said goal.

[Via AutoblogGreen, thanks Dan]
In this article: alternative fuel, AlternativeFuel, automaker, biodiesel, biofuel, car, DiesOtto, eco-friendly, electric car, ElectricCar, fuel, green, m-b, mb, mercedes, mercedes benz, mercedes-benz, MercedesBenz, vehicle
All products recommended by Engadget are selected by our editorial team, independent of our parent company. Some of our stories include affiliate links. If you buy something through one of these links, we may earn an affiliate commission.
Share
Tweet
Share