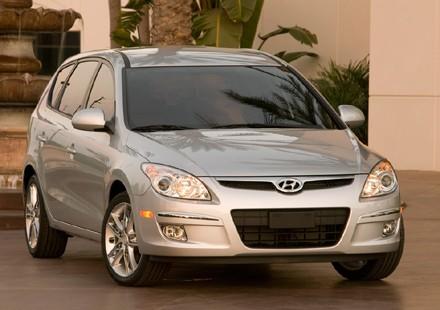 'Tis a shame we North Americans, Europeans, Australians, et al. won't be seeing the Elantra LPI Hybrid in 2009, but those in South Korea have a reason to celebrate. Hyundai is gearing up to launch the company's first LPG-electric hybrid vehicle next July, which also happens to be the planet's first hybrid vehicle to be "powered by liquid petroleum gas (LPG) and adopt advanced Lithium Polymer (Li–Poly) batteries." Said automobile will pack a 1.6-liter Liquefied Petroleum Injected (LPI) Gamma engine, a 15kW electric motor and a continuously variable transmission, and while the outfit isn't releasing hard mileage numbers just yet, the car should prove to be around 50% cheaper to operate than a gas-only Elantra (pictured). C'mon Hyundai, we know you've got plans to take this thing worldwide -- just let it out of the bag already.

[Via FarEastGizmos, image courtesy of Autoblog]
In this article: alternative fuel, AlternativeFuel, Avante, battery, Elantra, electric car, ElectricCar, hev, hybrid, Hyundai, korea, li-poly, LiPoly, Lithium Polymer, LithiumPolymer, LPI hybrid, LpiHybrid, south korea, SouthKorea
All products recommended by Engadget are selected by our editorial team, independent of our parent company. Some of our stories include affiliate links. If you buy something through one of these links, we may earn an affiliate commission.
Share
Tweet
Share