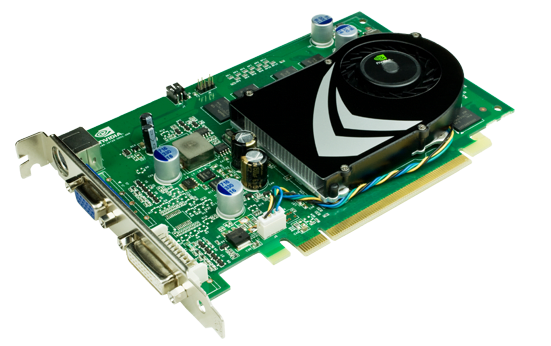 While it likely won't cause the same clamoring for benchmarks that we see around the release of a new high-end NVIDIA card, those on a budget will no doubt nonetheless be pleased to know that the company's just bolstered it's low-end offerings a bit, with a new card that starts at just $59. That, of course, won't exactly get you a Crysis killer, but the GeForce 9400 GT does at least boast 16 processor cores, a 128-bit memory interface, dual-link DVI, DirectX 10 support and, in its standard configuration, 512MB of graphics memory (from the looks of it, 1GB versions are also available). Unlike something like a GTX 280 SLI config, this one also likely won't make a noticeable impact on your power bill.

[Via Computer Monger, thanks Ivana]
In this article: geforce, geforce 9400 gt, Geforce9400Gt, nvidia
All products recommended by Engadget are selected by our editorial team, independent of our parent company. Some of our stories include affiliate links. If you buy something through one of these links, we may earn an affiliate commission.
Share
Tweet
Share