DirecTV adds 81,000 subscribers during Q1 in the US, increases revenue by 12 percent

Upgraded DirecTiVos from WeaKnees are on deck 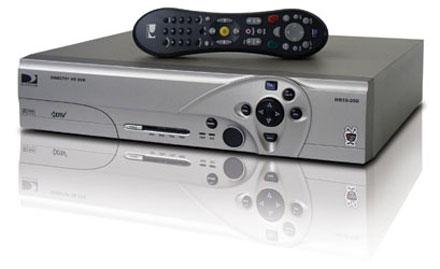 We had to pinch ourselves and check to see if it was April 1st, because after three years of hearing TiVo fans complain that DirecTV killed off the HD DirecTV TiVo on its move to MPEG4, the satellite company has finally listened. TiVo and DirecTV announced today that sometime during the second half of 2009, a new HD DirecTV TiVo will be available and will include "the latest TiVo and DirecTV features and services" -- there is however no word if this will include favorites such as TiVoToGo or Multi-Room viewing. Like the previous TiVo models made specifically to work with DirecTV, it will be sold and marketed through DirecTV -- at a yet to be announced price -- and as we've seen in other recent TiVo deals, DirecTV will continue to market and support its own DVR as a "primary offering" which is just fine with us, just so long as we have a choice in the matter, we're cool.

[Thanks, Brad]
In this article: DirecTiVo, DirecTV, hd, HR10-250, TiVo
All products recommended by Engadget are selected by our editorial team, independent of our parent company. Some of our stories include affiliate links. If you buy something through one of these links, we may earn an affiliate commission.
Share
Tweet
Share