Initially, we wondered why Sky Cable Philippines would choose the Ryder Cup as the nation's first HD broadcast, but then we remembered that there's really no better way to show off the benefits of high-def than to showcase a sporting event. Reportedly the cable carrier will be delivering the four day event (September 19th through 22nd) in magnificent high-definition to those who take the plunge on an HD set-top-box. Too bad that box costs a stiff $42, but hopefully this is just the beginning of a beautiful friendship.

In this article: golf, hd, hd launch, HdLaunch, launch, PGA, Philippines, ryder cup, RyderCup, sports
All products recommended by Engadget are selected by our editorial team, independent of our parent company. Some of our stories include affiliate links. If you buy something through one of these links, we may earn an affiliate commission.
Share
Tweet
Share 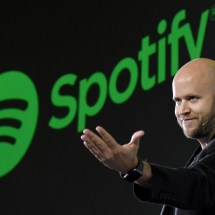