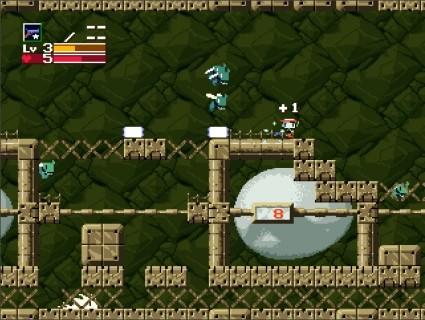 Okay, we thought we had seen the best possible announcements out of Nintendo. Sin & Punishment 2. Punch-Out!! We were so spectacularly wrong. Buried unassumingly in Nintendo's press release about the conference is confirmation of a WiiWare release of Cave Story.

If you're not familiar with Cave Story, we're very sorry. Also, it's a freeware PC game created by one designer named Pixel; we happen to think that the tile-based action/platformer is the best example of the "Metroidvania" genre ever created -- better than Super Metroid, better than Symphony of the Night. And now it's going to be on WiiWare by the end of the year with "new, exclusive content and features created only for the WiiWare version."

We desperately hope it's Pixel himself doing all the creating, but in any case, this is the best news ever and we're going to go roll around on the floor.
In this article: action, cave-story, doukutsu-monogatari, omg, pixel, platform
All products recommended by Engadget are selected by our editorial team, independent of our parent company. Some of our stories include affiliate links. If you buy something through one of these links, we may earn an affiliate commission.
Share
Tweet
Share