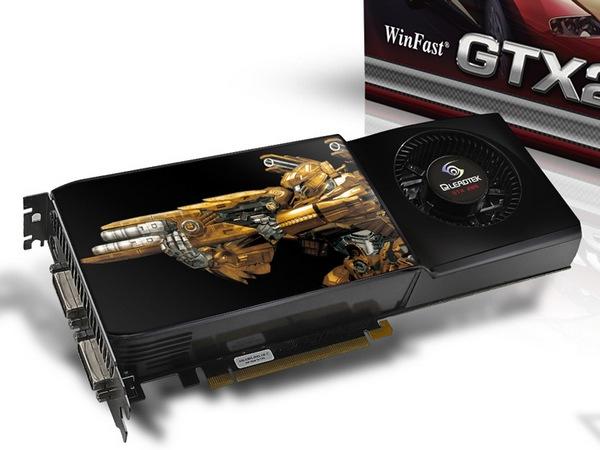 We already knew more or less all we needed to know about NVIDIA's GTX 295, however, despite being already on sale, the company has decided now is a good time to grace the model with a press release. The GTX 285 has been given the formal treatment too -- despite not being available until next week. If you missed the earlier specs, the $499(ish) 295 includes dual 55-nm GT200 GPUs and supports nearly 2GB of memory, while the $399 285 makes do with but one processor and an undisclosed RAM ceiling (though the upcoming Winfast, pictured above, comes with 1GB and one yellow robot). Again the 295 is up for order now, while slightly more budget conscious gamers will have to wait until January 15 for the 285.

[Via bit-tech.net]
In this article: geforce, gtx 285, gtx 295, Gtx285, Gtx295, nvida gtx 285, NvidaGtx285, nvidia, nvidia gtx 295, NvidiaGtx295
All products recommended by Engadget are selected by our editorial team, independent of our parent company. Some of our stories include affiliate links. If you buy something through one of these links, we may earn an affiliate commission.
Share
Tweet
Share