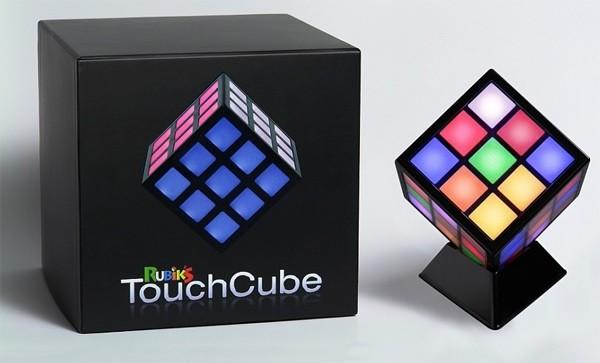 We're having a tough time recalling the last year in which not one, but two new Rubik's Cube spinoffs were launched, but sure enough, the Rubik's TouchCube is gearing up to join the Rubik's 360 at the American International Toy Fair. Christened the "first completely electronic, solvable Rubik's Cube," this one maintains the shape of the original but replaces the colored stickers with actual lights. Users ready to engage their minds simply hit the scramble button on the cube, and then rearrange the blocks by swiping their finger. There's no mention of when this will take store shelves by storm, but we're pretty sure it'll be around for the pre-Christmas rush. Oh, and you know you can't wait to hack one, which was darn near impossible on the analog version. In-action video is just past the break.

In this article: cube, puzzle, rubik, Rubiks, Rubiks TouchCube, RubiksTouchcube, TouchCube, toy, video
All products recommended by Engadget are selected by our editorial team, independent of our parent company. Some of our stories include affiliate links. If you buy something through one of these links, we may earn an affiliate commission.
Share
Tweet
Share