HD 101: Why there are black bars on HDTVs 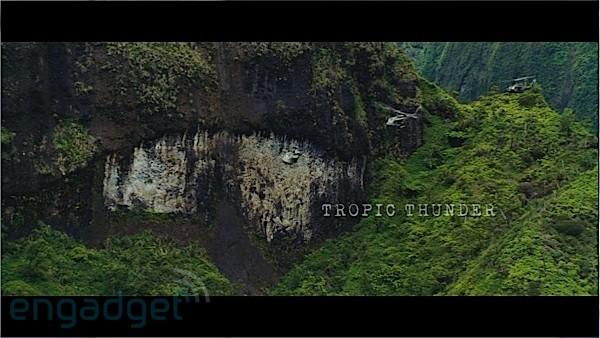 It never fails, one of the first thing just about every new HDTV owners asks is; why are there black bars on my new widescreen TV? And this is the reason why just about every HD discussion forum has a sticked thread at the top of the forums explaining why this still happens. So in this edition of HD 101, we figured we'd have our go at trying to give a simple answer to an age old question. The most basic explanation is because the image you want to watch isn't the same shape as the your TV. Of course that seems too obvious and now you're thinking; but why not, they're both widescreen? But rather than getting into the why are there so many shapes -- called aspect ratios from here on out -- we'll show you the various formats and the different ways they might be displayed on your HDTV.

Just about all HDTVs have an aspect ratio of 16x9, or 1.78:1. This basically means that if the screen was 16 inches wide, then it would be 9 inches tall. This is much wider than older TVs which were 4x3 or 1.33:1. Things would be complicated enough if there were only two aspect ratios, but life is just not that simple. The most obvious examples that break out of these two are the ones used for most films; 1.85:1 and its wider brother 2.35: -- the only other one worth mentioning here is usually used for computer monitors, which is 1.6:1. Now It is pretty obvious that when we watch 4x3 content on a 16x9 HDTV -- or vica versa -- that we'd see black bars to make up the difference. But obviously this isn't the only scenario, because not only does it matter what the original aspect ratio of the material is, but it also matters what it was optimized to be displayed on.

We'll start out with an easy one. We've all seen this right, turn on your brand new HDTV switch to an SD channel and you are greeted with black bars on each side to make up the difference. Sure it isn't ideal, but at least the part of the image that is full doesn't look out of wack.

Ok, so you paid all that money for a TV, you want to use up the whole thing right? So you hit the stretch button and now you can see how fat this women just got because it's all stretched out. Although this might seem like a good idea at first, the fact that everything looks out of proportion starts to get to most people.
Non-linear stretch

If you hate black bars, then at this point you're thinking, "now we're talking." Sure it seems great at first because her face doesn't look bad at all. But just wait, because as soon as the camera pans from right to left you might just lose your lunch. Just stretching the edges seems like a great idea because most of everything you care about is in the middle, but it isn't worth it either.

In this example, the image is simple cropped on the top and bottom -- some TVs call this zoom because the image is zoomed in on, which effectively cuts off the top and bottom. At least with this one though you won't feel sick when the camera pans and no one looks fat, but who knows what you might be missing. Just look at the logo for a glimpse of how much of the image is lost.
A combination of two
We don't have a good example of this one, so we'll just explain it. Basically this is what some channels like TNT HD do. The image gets cropped and at the same time a non-liner stretch is performed. On top of this, sometimes little black bars might be left on the sides which will either be not noticeable or won't be seen at all since most TVs have a little overscan. This is without a doubt the most tolerable of all the modified ways to show 4x3, but for us, when we do watch 4x3 content, we'd just as soon see the black bars.

Widescreen optimized for 4x3 and then displayed on a 16x9 HDTV

This is the most annoying example ever. Here we have a widescreen image optimized for a 4x3 TV and then displayed on a 16x9 TV. Believe it or not this is how all early DVDs were done, but luckily it's hard to find new ones like this. There really isn't any excuse for this these days, but it isn't hard to find. The only consolation is that it is the easiest to deal with, because all you do is activate the crop or zoom feature on your TV to eliminate the black bars. Of course the image will probably still look terrible since it isn't HD and now it's been zoomed.

This is the best example that gets new HDTV owners in a tizzy. Here they are trying to enjoy their brand new HDTV and now they are faced with the realization that even though they thought life with black bars was over, it isn't. This can be avoided very easily by using the crop feature, and since the bars aren't that big, most won't notice. That being said there are many out there -- present company included -- that can't stand it when 2.35:1 is cropped to 16x9. So when you see the term OAR used online, this is what they want to see. It basically means, black bars or not, they want to see everything in its Original Aspect Ratio.

The last example is one you'll almost never even notice. The reason is that because 1.85:1 is so close to 1.78:1 (16x9) that the very small black bars on the top and bottom usually get cropped off in overscan. On top of this, most movie channels will crop 'em out anyways. The easiest way to see an example of this is to pop in a 1.85:1 Blu-ray Disc and disable your display's overscan -- every manufacturer seems to have its own name for this, Samsung calls it 'Just Scan' while Pioneer calls it 'Dot by Dot,' for example.

So these are the examples of why you'd see black bars on your HDTV. Ultimately the black bars aren't the end of the world and in fact they allow you to enjoy the image the way it was intended to be consumed. So rather than fight them, just kick back and enjoy the part of the image that is there -- we prefer to think of the image as twice as wide, rather than half as tall. The only other thing we'd like to point out is that HD comes in many different aspect ratios and although content specifically created for HDTVs is 16x9, an old movie shot at 4x3 can have just as much detail as a newer movie can.

Got a basic HD topic that you'd love for us to explain? Tired of Google's complicated answers when you asked for a simple explaination? Hit us up at ask at engadgethd dawt com and keep an eye on this space -- your topic could be next.
In this article: 1.34:1, 1.78:1, 1.85:1, 16x9, 2.35:1, 4x3, aspect ratio, AspectRatio, featured, features, hd, HD 101, Hd101, stretch-o-vision
All products recommended by Engadget are selected by our editorial team, independent of our parent company. Some of our stories include affiliate links. If you buy something through one of these links, we may earn an affiliate commission.
Share
Tweet
Share