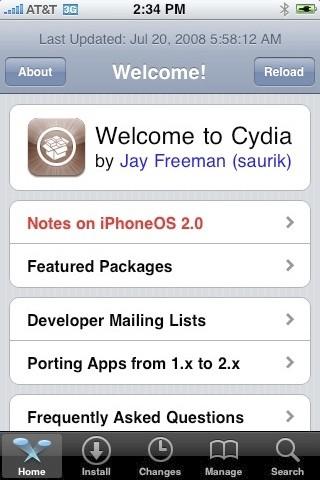 Looks like the jailbroken iPhone app scene is about to get seriously interesting -- not only is Cydia is going from package repository to full-fledged app store, a new jailbreaking service called Rock Your Phone is set to launch, and there's a planned adults-only app store. Details are light on the others, but the Cydia Store will offer developers a distribution alternative to Apple's official App Store unencumbered by that pesky SDK agreement and approval process -- are you ready for commercial fart apps with direct hardware access? Of course, users will have to jailbreak their phones for the Cydia Store or any of its wares to run, and that's slightly controversial at the moment, given Apple's opposition to the EFF's proposal to exempt jailbreaking from the DMCA. It's up in the air how the legal situation will play out, but honestly, we can't say we're surprised that devs locked out of Apple's store are finding ways to compete -- the iPhone app market is entirely too lucrative to ignore. We'll see how Apple responds when the Cydia Store and these others go live; we can't help but feel the winning move would be to relax the SDK restrictions and get all these devs playing on the same team.

[Via iLounge]
In this article: app store, apple, AppStore, cydia, cydia store, CydiaStore, iphone, iphone sdk, IphoneSdk, jailbreak
All products recommended by Engadget are selected by our editorial team, independent of our parent company. Some of our stories include affiliate links. If you buy something through one of these links, we may earn an affiliate commission.
Share
Tweet
Share