We just lived, breathed and experienced GM and Segway's joint press conference, where they "unveiled" the P.U.M.A. one more time for effect. Larry Burns and Jim Norrod from GM and Segway, respectively, talked up what they each brought to the table, and described the vehicle's inception as a partnership.

Segway obviously brought the two-wheel mojo, and seems responsible for most of what's being shown at the moment. As opposed to the Segway's tilt-and-cringe system of navigation, the P.U.M.A. has a more regular steering wheel, but while they're currently demonstrating it with Segway-style acceleration, they plan on swapping that for "Nintendo-style" buttons behind the wheel for acceleration and braking. For GM's part, they plan to integrate its "connected vehicles" technologies to improve safety and efficiency -- and we might not see P.U.M.A. on the road until they can pull it off. The car will not only communicate with other cars and with GPS, but will sense and stop for pedestrians. They plan to show a connected version that will be available for test drives by Real Actual Humans this coming fall, and then next year will come the scariest of all unveilings: GM styling. Right now this is just a chassis, GM plans on slapping on all sorts of "fashionable" candy shells, and if the incredibly unrealistic and "futuristic" renders we saw are any indication (see the gallery below), we'd really rather do without.

The biggest obstacle to commercialization, however, is the lack of infrastructure: P.U.M.A. in its current incarnation is designed for for bike lanes, and the first cities to get it will be ones with existing, comprehensive bike lanes -- not as much of an obstacle in Europe, but quite the stretch for most American cities. Still, the mathematics are quite alluring, with a 35 mile range at 35 mph for a 35 cent charge -- even us mouth-breathing Statesiders can understand that.

Update: We added a video after the break, along with a couple outdoor shots in the gallery. The thing really does look and operate like a two-person, sit-down, Woz-free Segway. You have been warned.

In this article: features, gm, gm segway, gm segway puma, GmSegway, GmSegwayPuma, p.u.m.a., puma, segway
All products recommended by Engadget are selected by our editorial team, independent of our parent company. Some of our stories include affiliate links. If you buy something through one of these links, we may earn an affiliate commission.
Share
Tweet
Share 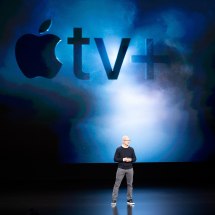