Japan and the UK won't be able to hold their 3D broadcasts over us by the end of '09, now that AMG TV is being bought by Signet Intl. Holdings, which plans to turn it into the first 3D broadcast network. Forget waiting for a standard, Signet plans to go with a solution from Kerner Broadcast Corp. -- a spinoff of Industrial Light & Magic and wholly owned subsidiary of Signet -- that promises a $50 add-on to bring 3D to any HDTV. Described by its own CEO as a 5, on a 1 - 10 scale of 3D quality it doesn't immediately inspire confidence, but we're willing to give this a try before knocking it. Most of the programming will be 2D converted to 3D, expect to hear a lot more before broadcasts flip on around Late November.

In this article: 3d, 3d broadcast, 3d broadcast network, 3dBroadcast, 3dBroadcastNetwork, add on, AddOn, amg tv, AmgTv, hd, kerner broadcasting, KernerBroadcasting, new content, newcontent, satellite, signet
All products recommended by Engadget are selected by our editorial team, independent of our parent company. Some of our stories include affiliate links. If you buy something through one of these links, we may earn an affiliate commission.
Share
Tweet
Share 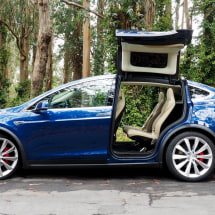