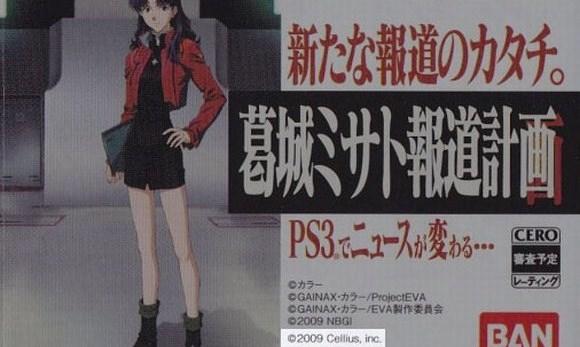 According to Kotaku, an advertisement found in the Blu-ray version of the Evangelion: 1.0 You Are (Not) Alone anime hints at a new Neon Genesis Evangelion title for PS3. While great news for EVA fans, there's more to this story than just the possibility of a new game -- we're also talking about the return of Cellius.

Cellius, Namco-Bandai and Sony's joint venture from 2007, has been out of the news for two years (with the exception of a small showing a few months ago). This Evangelion game appears to be the first title to have come out of the Sony-Namco union. It's not exactly what we were expecting, but it's a start.

In this article: cellius, evangelion, namco, namco-bandai, sony
All products recommended by Engadget are selected by our editorial team, independent of our parent company. Some of our stories include affiliate links. If you buy something through one of these links, we may earn an affiliate commission.
Share
Tweet
Share