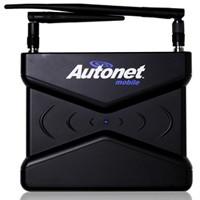 So, what does a company do when the two major outfits hired on to install its wares go belly-up? Why, put the power in the hands of the people, of course! After spending entirely too much time with Chrysler and General Motors, Autonet Mobile has decided to give consumers another option for having an in-car WiFi router installed: Amazon. Starting now, those interested in shoving a hotspot in their vehicle can purchase the router for $299.99 after rebate and handle the install themselves, but none of this makes that $29 monthly charge any easier to swallow.

In this article: amazon, Autonet Mobile, AutonetMobile, hotspot, in-car, in-car wifi, In-carWifi, internet, on sale, OnSale, router, travel, wifi, WLAN
All products recommended by Engadget are selected by our editorial team, independent of our parent company. Some of our stories include affiliate links. If you buy something through one of these links, we may earn an affiliate commission.
Share
Tweet
Share