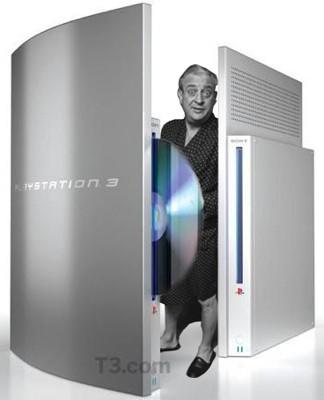 At first glance, we thought this all sounded a little too familiar: as you know, some PS3s had software-based PS2 emulation way back in 2007. So it was a little bit of a surprise when Siliconera unearthed patent docs dated last December (and only published by the patent office late last week) for the technology to decode and recompile software written for the PS2's Emotion Engine on the current device's Cell Processor. There's been some speculation that this functionality might be included in the rumored slim PS3 at some point -- either in the form of support for your old school PS2 discs or for digital downloads. Who knows? You might be playing your old copy of Shrek: Super Party! on your PS3 sooner than you think.

[Via Joystiq]
In this article: emotion engine, EmotionEngine, emulation, emulator, patent, playstation, playstation 3, Playstation3, ps2, ps2 emulation, Ps2Emulation, ps3, slim playstation 3, slim ps3, SlimPlaystation3, SlimPs3
All products recommended by Engadget are selected by our editorial team, independent of our parent company. Some of our stories include affiliate links. If you buy something through one of these links, we may earn an affiliate commission.
Share
Tweet
Share