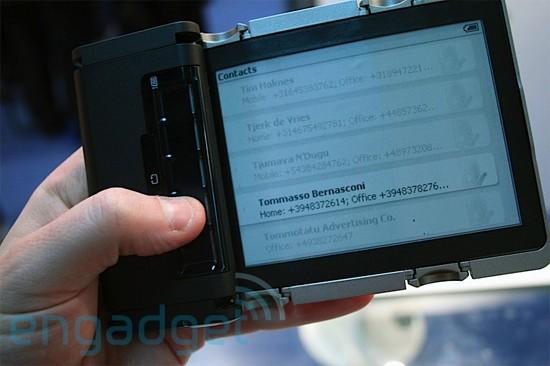 Ugh. Another one bites the gently gnashed rock particles, as they say. Polymer Vision, which was already having some pretty significant cash flow issues back in April, has reportedly caved under pressure and sought shelter under Chapter 11. According to the Hampshire Chronicle, the company famous for developing a bendable e-paper display has fittingly folded, leaving its 50 employees searching for new lines of work and millions of fans grasping for answers. The report continues to say that the promising (but oft delayed) Readius display isn't likely to ship in its current form, and now it seems that the future is quite murky for the company and its flagship product. Call us crazy, but if you're looking for an easy way into the e-paper market, you might be able to pick up whatever's left here for a song. Just sayin'.

[Thanks, Charlie]
In this article: bankrupt, bankruptcy, chapter 11, Chapter11, e book, e reader, e-book, e-book reader, E-bookReader, e-reader, EBook, EReader, Polymer Vision, PolymerVision, readius, recession
All products recommended by Engadget are selected by our editorial team, independent of our parent company. Some of our stories include affiliate links. If you buy something through one of these links, we may earn an affiliate commission.
Share
Tweet
Share