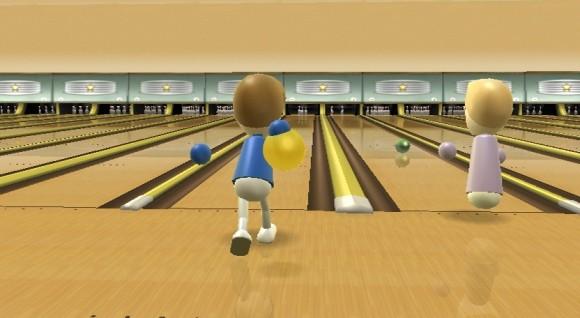 Kids-focused health journal Pediatrics recently published a study that would shock those who decry the health benefits of exergames. The study, which was performed by researchers from the University of Oklahoma Health Sciences Center, measured young people's energy expenditure while at rest, while playing Dance Dance Revolution at two different skill levels, while walking and running on a treadmill and while boxing and bowling on Wii Sports. That sounds like more physical exertion than we go through in a year.

Some of the comparisons between these activities yielded somewhat unsurprising results -- playing the video games burned three times the calories the kids spent at rest, of course. However, the researchers also found that playing these games was a comparable activity to "moderate to intense walking," despite the fact that Wii Sports requires little lower-body movement. It seems that for the first time in recent memory, we've got science on our side. Hooray!

[Via Kotaku]
In this article: ddr, exercise, exergaming, health, pediatrics, science, study, wii-sports
All products recommended by Engadget are selected by our editorial team, independent of our parent company. Some of our stories include affiliate links. If you buy something through one of these links, we may earn an affiliate commission.
Share
Tweet
Share