Gucci takes on esports fashion with a $1,600 Fnatic dive watch 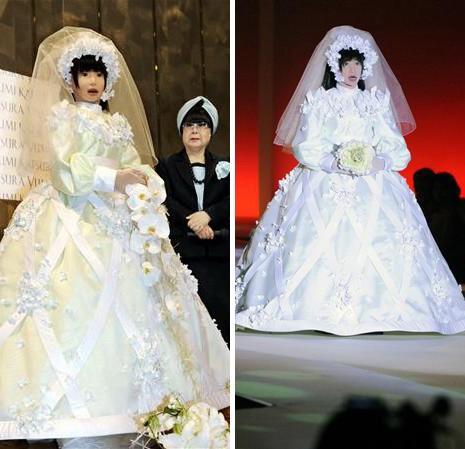 Ok, ok, "she" isn't really getting married, that would be illegal outside of Massachusetts. Besides, HRP-4C is already hitched, apparently, to her creator Kazuhito Yokoi who appeared at the Osaka fashion show dressed in a tuxedo. Looking wobbly, perplexed, and creepy as hell, HRP-4C bravely slipped on a helmet of taffeta and lace in what's being called her first professional runway appearance. The crowd seemed to enjoy it until HRP-4C turned on them with her green lasers. Really, see for yourself in the unsettling video embedded after the break.

In this article: fashion, hrp, hrp-4c, japan, marriage, model, robot, runway, uncanny valley, UncannyValley, wedding
All products recommended by Engadget are selected by our editorial team, independent of our parent company. Some of our stories include affiliate links. If you buy something through one of these links, we may earn an affiliate commission.
Share
Tweet
Share