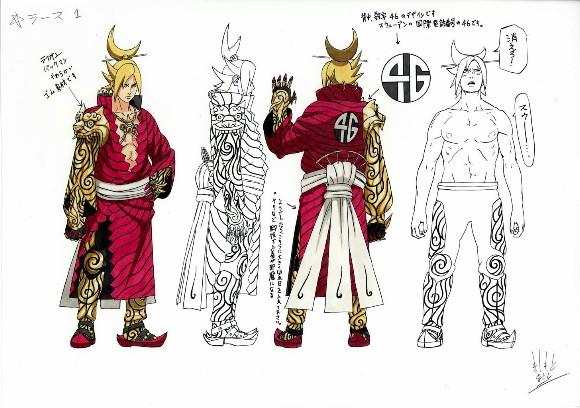 Tekken 6 continues to expand its repertoire of manga-inspired special costumes. Masashi Kishimoto, creator of Naruto, is collaborating with Namco Bandai by creating an alternate outfit for Lars (seen above). This is the second costume from a famous mangaka for Tekken 6, the first being CLAMP's design for Jin.

In addition to Kishimoto's outfit, Tekken 6 will also feature an alternate costume for Zafina designed by Mutsumi Inomata, character designer of Tales of Destiny and Tales of Graces (after the break). While some were afraid these costumes would remain a strictly Japan-only affair, Siliconera reports that all three of the special costumes revealed so far will be available in the US version as well when it launches on October 27th.

In this article: anime, costume, manga, Microsoft, namco-bandai, naruto, tekken, tekken-6, Xbox-360
All products recommended by Engadget are selected by our editorial team, independent of our parent company. Some of our stories include affiliate links. If you buy something through one of these links, we may earn an affiliate commission.
Share
Tweet
Share