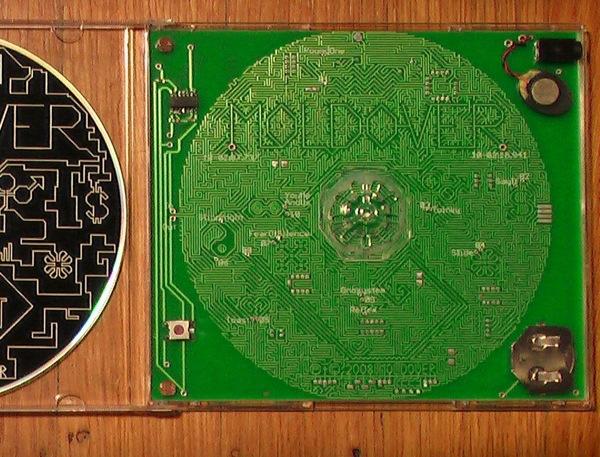 When a tip comes in touting video of another so-called YouTube "musical genius" it's hard to fight through the blasé glaze in which we find ourselves entombed. Still, one indifferent mouse-click later and we're treated to Moldover's Awesome Edition CD. The awesome part is the custom-designed circuit board that accompanies the CD and lists the tracks while doubling as a theremin instrument with headphone jack -- all in a standard-size jewel case. Hit the on button and start making 'music' by waving your hand in front of the light sensors. Sure it sounds a bit like you're squeezing air through a pinched balloon and it costs $50 ($10 for CD-only or $25 for a Pocket Edition), but hey, give this guy some credit for innovation. Check the video after the break, you will believe at the 1-minute mark.

In this article: cd, instrument, jewel case, JewelCase, moldover, music, portable audio, portableaudio, theremin
All products recommended by Engadget are selected by our editorial team, independent of our parent company. Some of our stories include affiliate links. If you buy something through one of these links, we may earn an affiliate commission.
Share
Tweet
Share