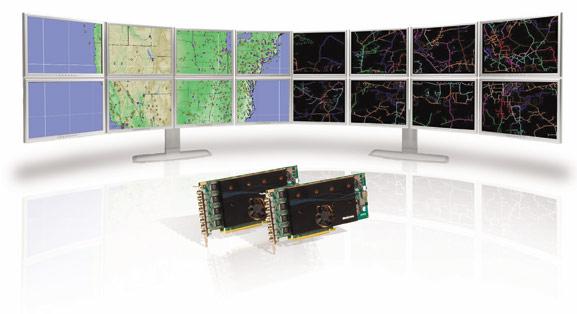 Matrox has been distancing itself from the consumer market for awhile now, but even we couldn't resist this one. Hailed as the planet's first single-slot octal graphics card, the M9188 supports up to eight DisplayPort or single-link DVI outputs, and if you're up for getting really crazy, you can hook up a pair to drive 16 displays from a single workstation. The card itself packs 2GB of memory and supports resolutions as high as 2,560 x 1,600 (per output), which should be just enough to create the Google Earth visualization system you've always dreamed of. In related news, the outfit also introduced the far weaker 1GB M9128, which can drive a grand total of two displays for $259. Oh, and as for pricing on the octal guy? Try $1,995 when it ships later this quarter.
In this article: displayport, dvi, gpu, graphics card, GraphicsCard, M9128, m9188, Matrox, pci express, pci-e, pci-express, pcie, PciExpress
All products recommended by Engadget are selected by our editorial team, independent of our parent company. Some of our stories include affiliate links. If you buy something through one of these links, we may earn an affiliate commission.
Share
Tweet
Share