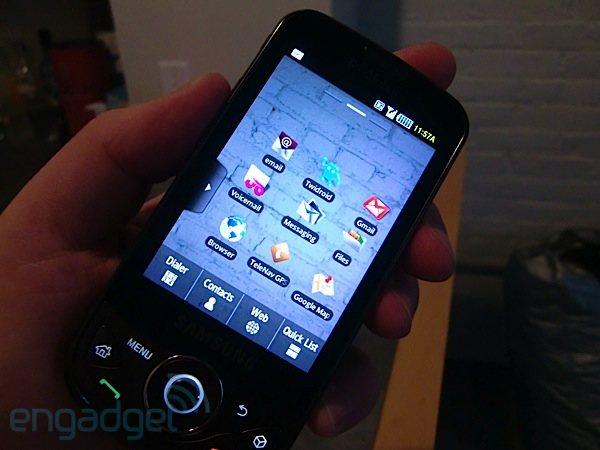 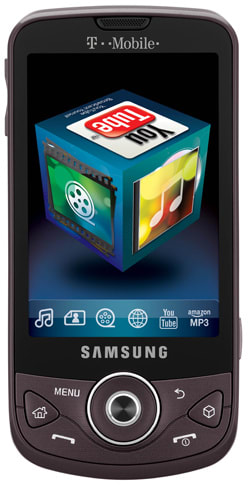 It was but a year ago that Samsung graced us with the original Behold. At the time it was more or less positioned to win the hearts of folks who wanted a luscious touchscreen but had no real truck with smartphones. So what do we have here? With the Behold II, the company has switched things up a bit: instead of a respectable feature phone, you not only get Android 1.5, but a 3.5mm headphone jack and WiFi as well. At least this shows that Sammy has been paying attention! Still, a couple questions come to mind: how does this one compare to the original? And how does it stack up as a Google Android device? Engadget has put her through the paces and our findings are sure to shock or surprise you (or maybe not). Continue reading below. How would you rate the Behold II?
We want to hear what you think. Post a quick review now to join the conversation!
Write a review

This is one solid device. The plastic shell does not feel toy-like in the least, you won't find one sharp edge on the thing, and your hand finds the volume controls easily when your eyes are somewhere else. Additionally, this is a handset with a little bit of weight -- not enough to be inconvenient, just enough to make it feel like you're holding a phone. The addition of a physical camera button was also a big plus in our book. You know what was not a "big plus," however? True to form (read: the previous Behold) the lock key is situated on the right edge of the handset and flush with the surface, and therefore impossible to find without searching feverishly. This is pretty much a deal breaker for this editor, who insists on being able to both unlock a phone without spending a moment (or several) to scan for the unlock key, and needs to quickly check out text messages as the phone sits on his desk. On top of that, we've spent a lot of time in dark rooms (don't ask) practically unable to unlock this one at all. And no, even after a week or so to practice it never got any easier.

Also sort of a downer were the handset's (count 'em!) six front-facing buttons -- seven if you count the one in the D-pad. Sure, that's only one more than the G1 (including the clickable trackball), but as with the unlock key this was a situation where well thought out placement could have made all the difference. Indeed, the D-pad (though in many ways preferable to a trackball) shoved the home and menu keys off to the left -- somewhat counter-intuitively, in our book. The addition of the TouchWiz 3D cube key (more on that later) was not only vestigial but took up some valuable real estate.

The first thing one notices when the Behold II fires up is that UI. This phone reeks of TouchWiz -- whatever Android elements Samsung hasn't put a glossy coat of paint on, it's replaced altogether: WiFi and Bluetooth settings are standard to the TouchWiz UI, as are the media player, and most dramatically the 5 megapixel camera. Indeed, the camera controls are much more like those of a digicam than a cellphone -- which is definitely a good thing. Aside from those limited areas, however, the skinning seems to have overwhelmed the 528MHz Qualcomm CPU that served the G1 pretty well. Our recommendation, quite simply, would be to ditch the skin altogether -- that is, if a faster processor and the latest Android OS are too much to ask (which apparently they are).

In addition to causing performance to suffer, TouchWiz adds layers of complexity to using the phone that we found extremely annoying. The 3D cube button on the front panel, for instance brought up -- you guessed it -- a cube that you can spin using the touchscreen. Each face of the cube was a menu option for a multimedia app: YouTube, Audio, Images, Browser, Video, and Amazon MP3 downloads. One cannot use the D-pad to scroll through these elements (which we expect will be jarring to most users, who expect some consistency throughout the menus). These apps can also be accessed by clicking on a pop-up that hides along the bottom of the cube screen, in the main app tray, or they can be placed on the desktop -- which is the first thing you're going to do if you use them anyways, making the two "cube" menus totally redundant.

As for that application tray -- Samsung has placed it, in its fashion, along the left hand edge of the screen instead of at the bottom, which is customary for Android. Since the OS has you scrolling through the desktops horizontally, it's all too easy to accidentally open the tray as you scroll back and forth.

All in all, the addition of TouchWiz seems poorly considered (aside from the camera controls and, perhaps, the multimedia -- more on that below), adding nothing to the phone but poor performance and an at-times jarring user experience.

No major complaints regarding telephone call quality -- voices were definitely thinner than on the G1, for instance, but the volume was acceptable and we experienced no static or hiss. When talking through the headset, the sound quality was as thin or thinner than the earpiece, but we received no complaints from the people on the other end. The speakerphone sounded a little hollow as well -- definitely not much worse than we expect from any handset, although in noisier rooms the little speaker just didn't have enough volume to get the job done.

As a media player, this guy is definitely a last resort. We had no qualms about the sound quality -- with the included headphones things sounded pretty full and volume was not an issue -- but we experienced some major hiccups when playing MP3s (album art and ID3 tags often weren't understood by the device) and unlike the UltraTouch, DivX is not supported -- which certainly curtailed our video enjoyment considerably.

The addition of Samsung's interface was a nice touch here, as was autofocus and flash. As long as you keep in mind that you're using a camera on a phone, you shouldn't be too disappointed -- we must note, however, that besides respectable color and detail at least one out of every three shots came out blurry and had to be re-shot. Not cool, even if this isn't a "proper" camera. We've included a few test pictures taken on a typically overcast Pittsburgh afternoon for your perusal.

While other companies have gone onwards and upwards with Android, we're afraid that Samsung's latest is a non-starter. By taking yesterday's version of Android, an all-but-underpowered processor, and an ill-considered user experience, the company has given us a handset that does far too many things, far too poorly. All this for $229 on contract!
In this article: android, android 1.5, Android1.5, behold, behold ii, BeholdIi, google, mobile, qualcomm, review, samsung, smartphone, t-mobile
All products recommended by Engadget are selected by our editorial team, independent of our parent company. Some of our stories include affiliate links. If you buy something through one of these links, we may earn an affiliate commission.
Share
Tweet
Share