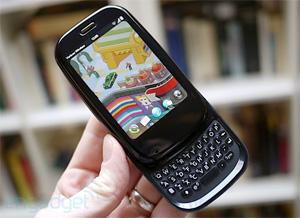 It doesn't look like we've got any showstoppers here -- but just as with any major new smartphone release, Verizon's Pre Plus is starting to take some lumps after romping in the field for a week since its retail availability kicked off. Of the two biggies being cited so far, one is of particular concern: apps other than VZ Navigator don't seem to take advantage of GPS augmentation, meaning they're relying on a straight-up GPS signal alone to get a location lock -- something that often doesn't work on a phone (a reliable workaround seems to be to open VZ Navigator before you open the app you really need, but still, not an optimal situation). The second, less troublesome issue involves sending MMS messages over WiFi; basically, you can't. The phone forgets to fire up cellular data to send the message and tries to route it over the WiFi connection instead, which inevitably fails. What's odd about both of these is that they seem like regressions from the software already rolled out to Sprint (and other) Pres, and a surprising lack of rigor from a carrier known for putting its phones through the gauntlet prior to release. Let's hope we see an over-the-air update in short order, shall we?

In this article: agps, bug, gps, issue, mms, mobile, palm, pre plus, PrePlus, problem, verizon, verizon wireless, VerizonWireless, vz navigator, VzNavigator, vzw, wifi
All products recommended by Engadget are selected by our editorial team, independent of our parent company. Some of our stories include affiliate links. If you buy something through one of these links, we may earn an affiliate commission.
Share
Tweet
Share