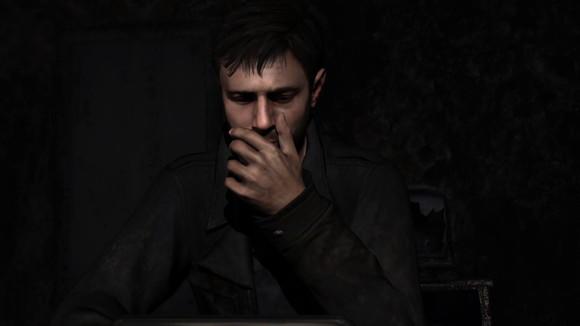 With Heavy Rain, developer Quantic Dream set out to create what it calls an "interactive drama." The result is as entertaining as any good Hollywood thriller, but far more engrossing -- and thought provoking -- than one could ever hope it to be.

It's the interwoven story of four very different characters (and a modestly sized supporting cast) who all find themselves involved in one way or another with the case of the Origami Killer, a serial kidnapper and murderer of young boys. The story draws on elements of film noir and science fiction, movies like Se7en, Saw and The Big Sleep, to create a compelling mystery -- a book you can't put down, if you will.

The real magic of Heavy Rain (a title which not only sounds cool, but is central to the plot) is how it draws upon you, as the player, and your ability to make some very difficult decisions befitting of the game's tag line, "How far are you prepared to go to save someone you love?"

You often get to know its characters through the most mundane tasks and things that movies would never carve out screen time for, but are nevertheless important in connecting with these people. Yet you see their true nature -- and an insight into your own, perhaps – when they're faced with serious moral dilemmas where all the options on the table seem equally horrible.

Many times, you're forced to make decisions no one should ever have to, but these characters must. Since the game, despite having an overarching plot, is full of branching avenues dependent on your actions, there are no "right" or "wrong" decisions. But you still need to make one, often under duress. Just as anyone would in these situations, you may make one you regret, that you want to take back, but you can't.

There is no "Retry," or "Continue? Yes / No." Once a choice is made, it's made, and it affects the story in ways small and large right to the very end (which can come several hours later, or within minutes, should your choices lead to the death of one of the four protagonists). Sometimes the choices are dialog-based; others require direct action (or lack thereof).

The game tests you with these moments, but also through a good mix of action sequences and a light amount of "whodunit" mystery solving. The decision to go with button and direction timing for the action sequences rather than putting you in direct control of the characters was the right one. The game's reality would simply shatter if you were suddenly pressing buttons to throw random punches, or using the analog stick to aim a gun. These scenes are directed, and they definitely have positive and negative outcomes, many times the survival (or death) of the character you're playing as. But they unfold differently depending on how you perform in them, how good your reaction time is. They're forgiving to a degree, letting the scene play out even after a failure -- to a point.

The game is full of sequences of legitimate terror, anxiety and fear for the life of the characters. You may have been scared by your characters' situations in games like Resident Evil, but never like this. Heavy Rain is, at times, emotionally draining and even exhausting.

Like every other action that can be performed in the game, you're given cues as to what to do with the controller via an extremely minimalist but elegant and unobtrusive interface. At times, I found an action at my disposal obscured by my character, but that could easily be corrected by tapping L1 to change camera angles.

The actions, which make excellent use of the motion sensing of the PS3's controller, are intuitive. Some moments, such as placing plates on a table (back to the mundane tasks) require you to slowly and smoothly "unfold" a movement with the analog stick. Others require sudden, violent motions involving the entire controller. What this does is bring you even more into the experience, since the controls, like the pacing of the scenes and the accompanying score (which is superb), fit the situation so well.

The way the characters emote and the way the world looks is every bit as important of a factor in drawing you into the game's believable fiction as any motion controls or thumb stick swipes. Quantic Dream obviously put a huge amount of effort into making sure its digital actors are as lifelike and believable as possible, and, with the exception of some occasionally "off" voice acting or actions (or, as a very specific example, them slipping into pants that look like fiberglass forms) they represent a new high-water mark for the medium.

At the end of my game – I say "my game" because I truly felt like every choice made and action I'd taken had led me to that unique outcome – I was satisfied at how everything was wrapped up, but still thinking about the very difficult choices I'd made to get there. Almost immediately, I wanted to start over, to play again, taking some of the roads I decided not to go down the first time. Within just a few scenes, things were noticeably different in tone, how other characters were treating me, and how my character carried themselves.

It makes sense that the only game I've ever played that came close to what Heavy Rain accomplishes is Quantic Dream's prior effort, Indigo Prophecy. Compared to what it has achieved here, that game seems like proof-of-concept and is improved upon in every possible way. Heavy Rain is an experience that will have you unable to put down your controller from beginning to end, and you'll likely be looking back on what an amazing, unique and moving experience it was for years to come. I know I will.

Editors' note: This review is based on the PS3 review code of the game provided by Sony.
In this article: david-cage, heavy-rain, Interactive-Drama, quantic-dream, SCE, scea, sony, Sony-Computer-Entertainment, Sony-Computer-Entertainment-America
All products recommended by Engadget are selected by our editorial team, independent of our parent company. Some of our stories include affiliate links. If you buy something through one of these links, we may earn an affiliate commission.
Share
Tweet
Share