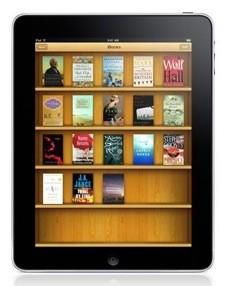 FairPlay, you'll remember, is the oft-maligned (yet still much-used) DRM that locks down content on the iTunes Store, and rumor has it that Apple's bringing that code to a whole new media. The LA Times tech blog says that sources in the publishing industry are hearing that Apple will lock down the sales of their content in the iBooks store with FairPlay as well. Of course, it probably would have been wishful thinking for Apple to sell content under an open license, but opponents of FairPlay might be unhappy to hear that it's coming back for iBooks.

Of course, we still don't know what kind of implementation they'll use on the iBooks store, but remember that FairPlay limits iTunes content to five different accounts, so if you happen to have more than six people in your house, they may not all be able to have their own books on your iPad. FairPlay also limits content to strictly Apple devices, so (again, depending on implementation) it's a fair guess to say that any books you purchase on the iPad won't be usable on any other device.

Which might be just fine for you anyway -- while FairPlay has its share of opponents, it's worked just fine for most users in iTunes. Apple is likely selling their platform to publishers right now, and in order to do that, they've got to guarantee that they can lock down content if necessary.

In this article: apple, content, devices, drm, fairplay, ibooks, ipad, itunes, lockdown, rumor, steve-jobs
All products recommended by Engadget are selected by our editorial team, independent of our parent company. Some of our stories include affiliate links. If you buy something through one of these links, we may earn an affiliate commission.
Share
Tweet
Share