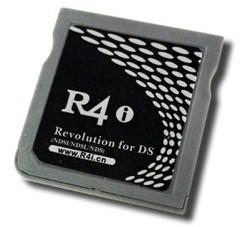 It may only amount to a drop in Nintendo's pockets, but an Australian provider of R4 cards used to copy Nintendo DS games has now been ordered to pay Nintendo $620,000 Australian dollars (or about $556,822 US dollars) in damages, and destroy all its remaining stock for good measure. While that company, GadgetGear, doesn't seem to be commenting on the matter itself, Nintendo says that GadgetGear has "now acknowledged that game copying devices infringe both Nintendo's copyright and Nintendo's trademarks and that they are illegal circumvention devices," adding that "GadgetGear and the directors have agreed to permanently refrain from importing, offering for sale and/or selling game copier devices." Of course, it is just one provider of R4 cards that's affected by the case, but Nintendo is no doubt hoping that the hefty fine will be enough to at least act as a deterrent to others.

In this article: australia, damages, ds, fine, gadgetgear, lawsuit, nintendo, nintendo ds, NintendoDs, piracy, r4, r4 card, r4 cards, R4Card, R4Cards
All products recommended by Engadget are selected by our editorial team, independent of our parent company. Some of our stories include affiliate links. If you buy something through one of these links, we may earn an affiliate commission.
Share
Tweet
Share